Jennifer Vyvyan was making BBC radio broadcasts from the earliest days of her career and it’s regrettable that so few survive – except frustratingly as listings from the Radio Times that have been transferred, in a haphazard and almost certainly incomplete way, to the catalogue of the BBC’s genome project.

Her film and TV appearances have proved even harder to track down – largely, it seems, because the acetate employed by whichever companies were involved was expensive and tended to be recycled rather than retained as archive.

But some things do survive – either because they were privately recorded from the airwaves, or because the British Library have copies (which can only be accessed through the Library, not on this website), or because there was a subsequent transfer to a commercially distributed disc.

And her commercial discography is fairly substantial, covering several decades from the early 1950s to the early 1970s, with some of the recordings – notably the Handel, Mendelssohn and Britten – repeatedly re-issued in different guises by different companies under licence. 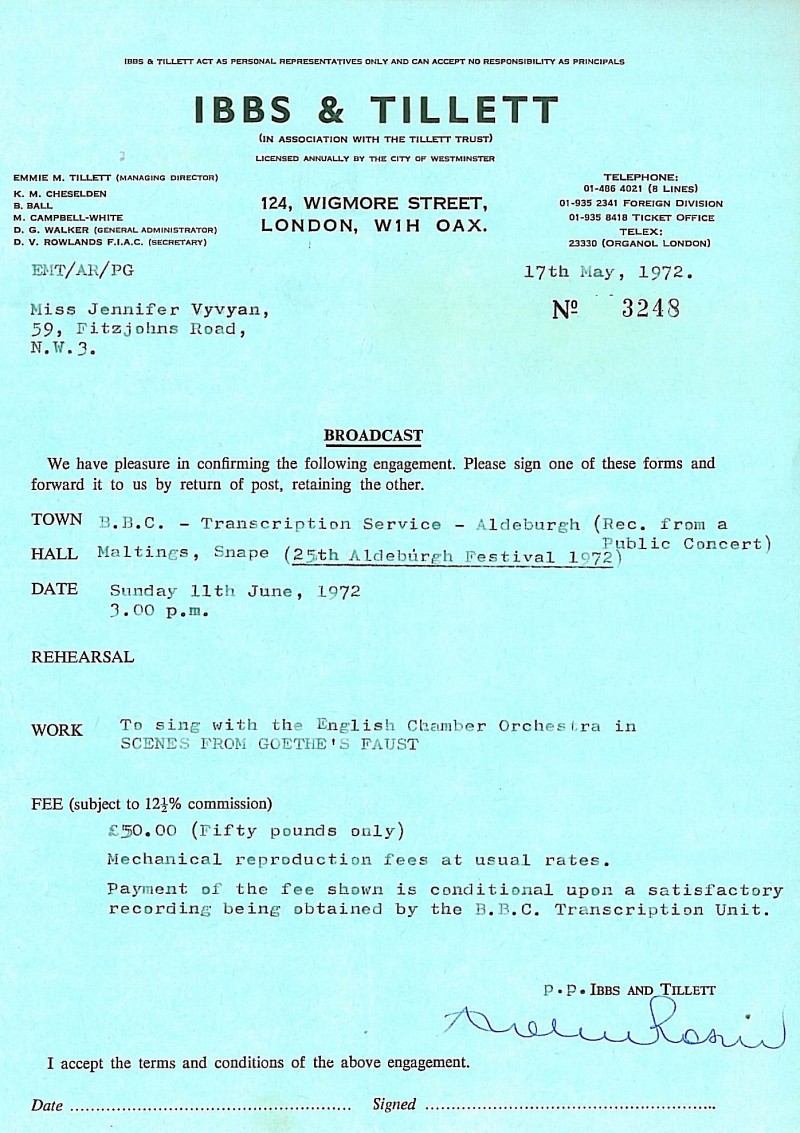