Searle (1915-1982) was a maverick, summed up by contemporaries as a ‘romantic serialist’ and largely self-taught – although he did study briefly with Anton Webern which, despite the brevity, marked him for life as a 12-tone modernist.

At the same time, he appreciated the absurdities of hard-core academic modernism and contributed with vigour to the series of Hoffnung Music Festivals organised by the humorist Gerard Hoffnung (1925-1959) with the broadcaster John Amis (1922-2013) and director Sam Wanamaker (1919-1993). 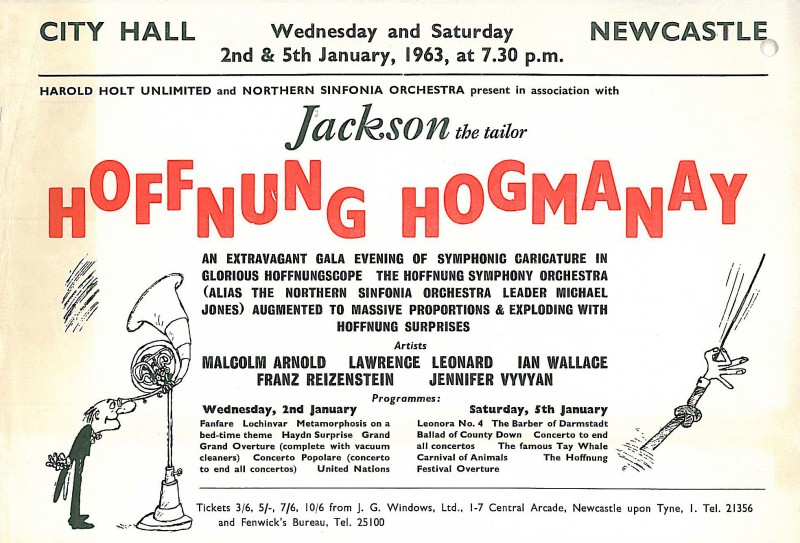 They began in 1956, running on until well after Hoffnung’s death. And though their humour was of its time and can seem laboured or contrived in retrospect, they contained jokes that live on – one being the invention of the avant-gardist composer Bruno-Heinz Jaja (his name drawn from those of real-life avant-gardists Bruno Maderna, Karlheinz Stockhausen and Luigi Nono) whose ‘works’ were in fact written by Humphrey Searle.

Jaja’s supposed output included the deathless Punkt Contrapunkt, a short exercise in dodecaphonic method prefaced by an interminable scholarly explanation, and a duet from the Barber of Darmstadt, an operatic spoof that assumed knowledge of Darmstadt as a centre of European modernism. 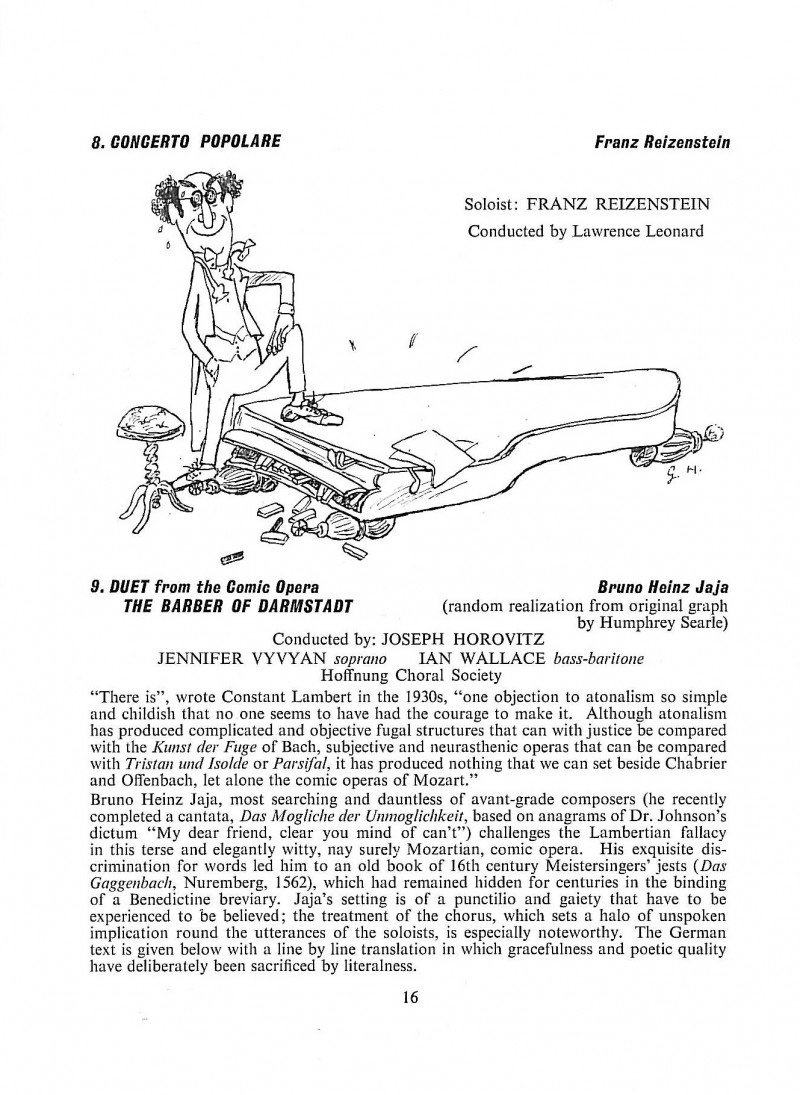 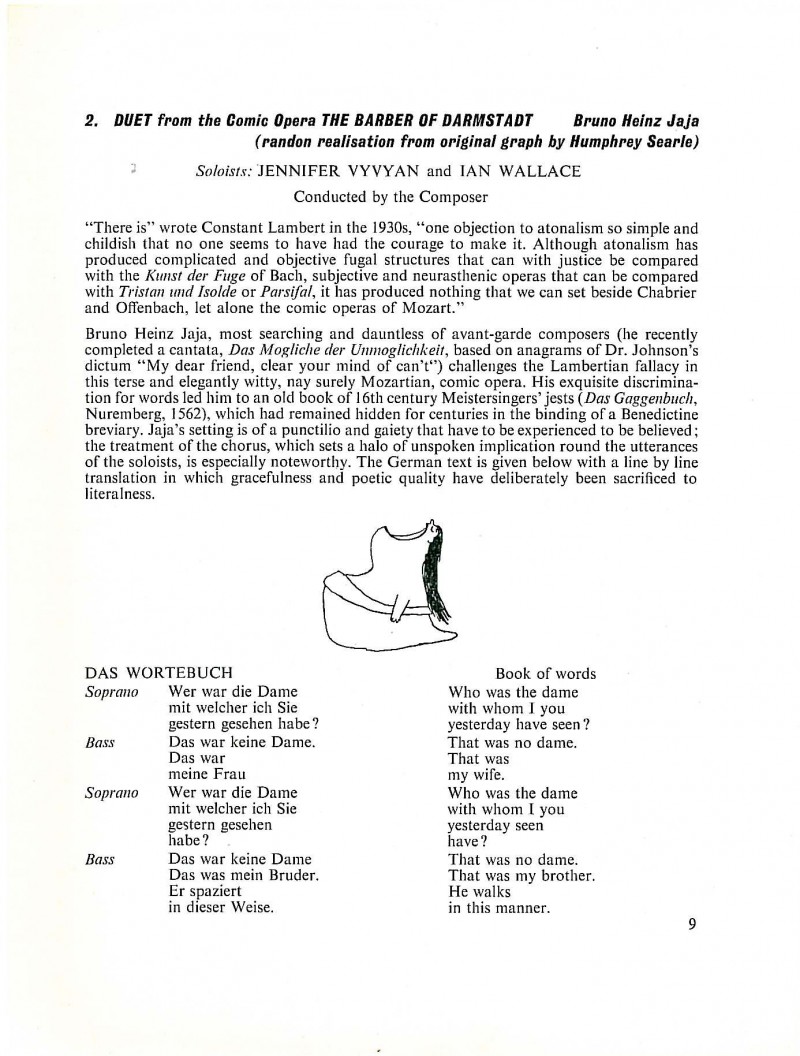 Jennifer Vyvyan sang in the Barber duet. And though a cameo appearance, it had considerable exposure. Relocating between the Festival Hall, Albert Hall and Newcastle, the Hoffnung Festivals drew a huge following – the first in 1956 filling all 3000 seats at the Festival Hall within two hours of tickets going on sale, which was a box-office record for its time. 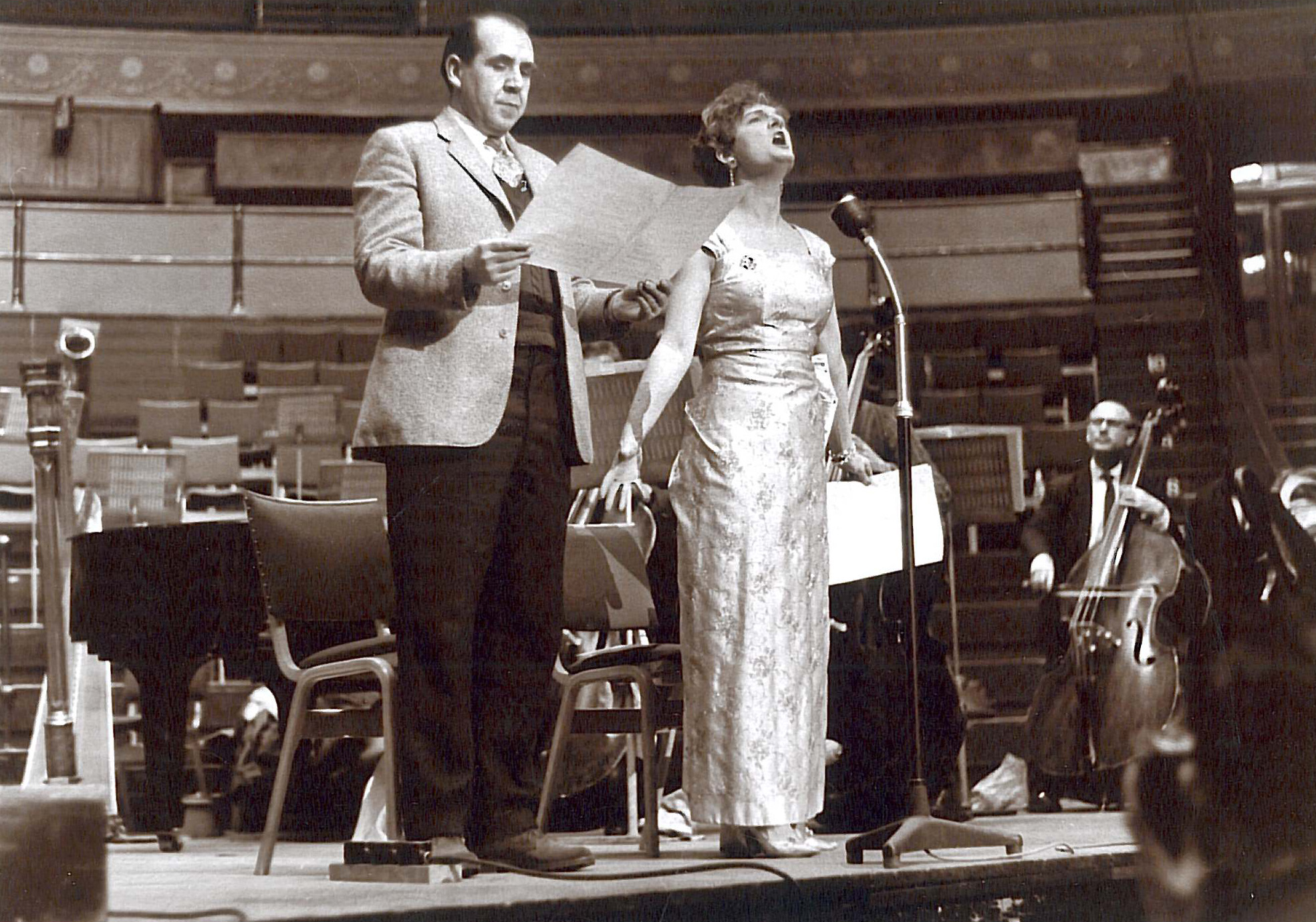