The mid-20th Century was a time when Britain finally shrugged off its reputation for being ‘das Land ohne Musik’, as Germans had once liked to mock: the land without music. It was never true, to the extent that the wealth and prestige of London had always attracted foreign composers and performers of distinction to live there, and they proved a source of constant inspiration. But the natural genius of the British isles was literary, and the British weren’t so good at generating their own, home-grown musicians as they were at generating poets, novelists and playwrights.

From the death of Purcell in 1695 to the emergence of Elgar around 1900 there was a conspicuous dearth of major figures. But this changed during the early/mid-20th Century. And as new music of substance and significance fed into British life, so a new musical infrastructure grew to support it. Orchestras, opera companies, concert venues, festivals appeared. Musicians became less exotic, more professional, with managers and agents running their careers, promoting international tours, dealing with radio and TV contracts. Music turned from an activity into an industry – with government support from the new Arts Council, established in 1946 as a development of the wartime Council for Encouragement of Music and the Arts.

By the 1950s the Arts Council chair was the patrician art historian Kenneth Clark, with a funding policy that barely looked beyond London (or beyond Covent Garden’s opera seasons) and was contentiously elitist. But at least the arts were now on the political agenda. And the funding would be opened up considerably in the Wilson government of 1964-70, when Arnold Goodman was Arts Council chair, working in ideological partnership with Britain’s first ever Arts Minister Jennie Lee. 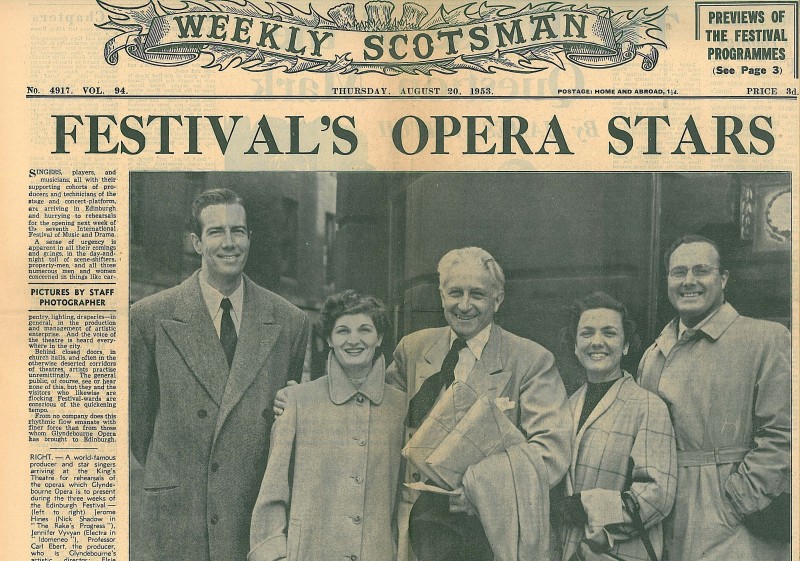 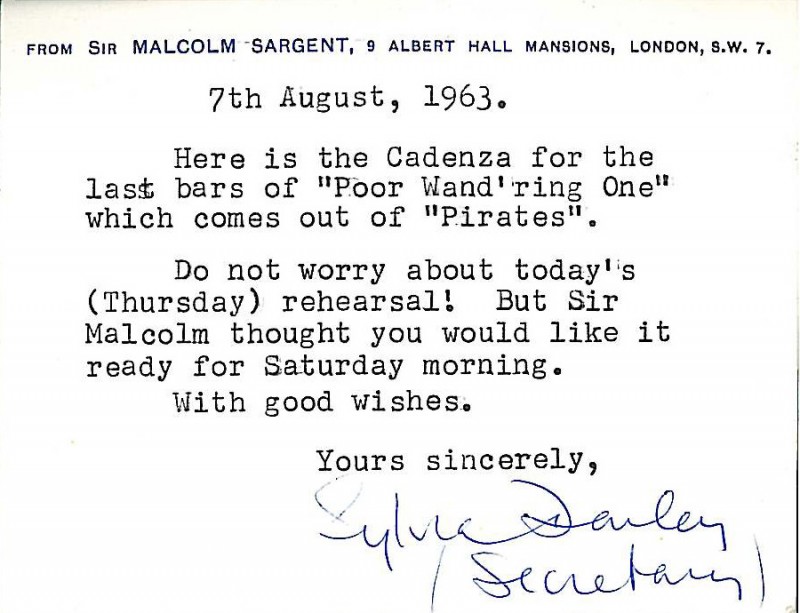 An interesting if fallible assessment of the state of this new music industry in mid-20th Century Britain is found in a ‘musical stock-taking’ published in the Times, 13 September 1955, written anonymously by ‘Our Music Critic’.

It expresses gratitude for a raft of established British conductors – Beecham, Barbirolli, Sargent, Boult – at the height of their powers, and notes that Rafael Kubelik (Czech-born though settled for the time being in Britain as a political refugee) would soon be taking charge at Covent Garden. But it regrets a dearth of emerging talent – while acknowledging the potential of Rudolph Schwarz (Austrian-born but British-naturalised) who enjoyed success in Bournemouth, Birmingham and later with the BBC, as well as that of John Pritchard, Norman del Mar and Meredith Davis.

More warily it also gives grudging acknowledgement to the maverick and prickly Reginald Goodall who conducted the premiere of Peter Grimes and would go on to acquire cult status in Wagnerian circles. In the view of this piece he was a figure who ‘seems to lack something by which to turn his undoubted gifts to full account’.

As for singers, good tenors were (as ever) scarce, though the Times singled out Richard Lewis for praise. British baritones had a tendency to wool and wobble, with no one of the calibre of Fischer-Dieskau on the horizon.

With sopranos the position was improving, with Elsie Morison and Jennifer Vyvyan stepping into the shoes of Isobel Baillie. And in the sphere of mezzos/contraltos, the death of Kathleen Ferrier had been a ‘disaster’ but there was nonetheless an ‘adequate’ supply in Constance Shacklock, Monica Sinclair and Norma Proctor.

To a large extent these singers had careers that were still dominated by the oratorio circuit; and that was still partly the case with Jennifer Vyvyan who always juggled her high-profile stage commitments with occasionally mundane choral ones. In 1954, fresh from the premiere of Turn of the Screw in Venice, she punctuated her London run of the piece at Sadlers Wells with a St John Passion in Bath, a gala night in Neath, and a Messiah in Watford.

It’s also worth remembering that as Britten’s large-scale choral works fed into repertory, they too had to accommodate themselves within the oratorio culture that prevailed. Which could be makeshift. Vyvyan’s diaries record, for example, a June 1967 War Requiem in Coventry Cathedral, the venue for which the score was written and where she found herself as the soprano soloist ‘put in pulpit. Up to chin in eagle. Moved about but finally settled in other pulpit (no eagle)’.

They were also times of changing tastes and expectations – although a provincial concert review could still devote a large amount of its space to who was in the audience and what they were wearing.