These were times when the BBC had budgets to spend on radio drama music, and Halahan’s collaborators would include the English Chamber Orchestra, the Ambrosian Singers, and eminent soloists like the organist Simon Preston.

On the concert platform he had a modest career, his 1953 Lyric Movement for violin and orchestra (performed at the Festival Hall by the Goldsbrough Orchestra) attracting faint praise from the Musical Times as ‘agreeable’, with a ‘competent technique’ but ‘content to say what has already been said’ by composers like Delius, Bax, Moeran and ‘even Walton’.

More ambitiously, he ventured into opera. One work, written 1957, was Elanda and Eclipse (directed by John Copley). Another, in 1959, was The Spur of the Moment, a comedy specifically intended for TV and starring Jennifer Vyvyan in the role of an eccentric elderly poetess called Constance Hargreaves. Adapted from a spoken drama by Frank Baker, The Spur had already played on stage and radio with Margaret Rutherford as Constance – which explains what kind of role it was: a singing Lady Bracknell with explosive outbursts. And it seems from the reviews that Vyvyan lived up to the comparison with Rutherford’s performances. 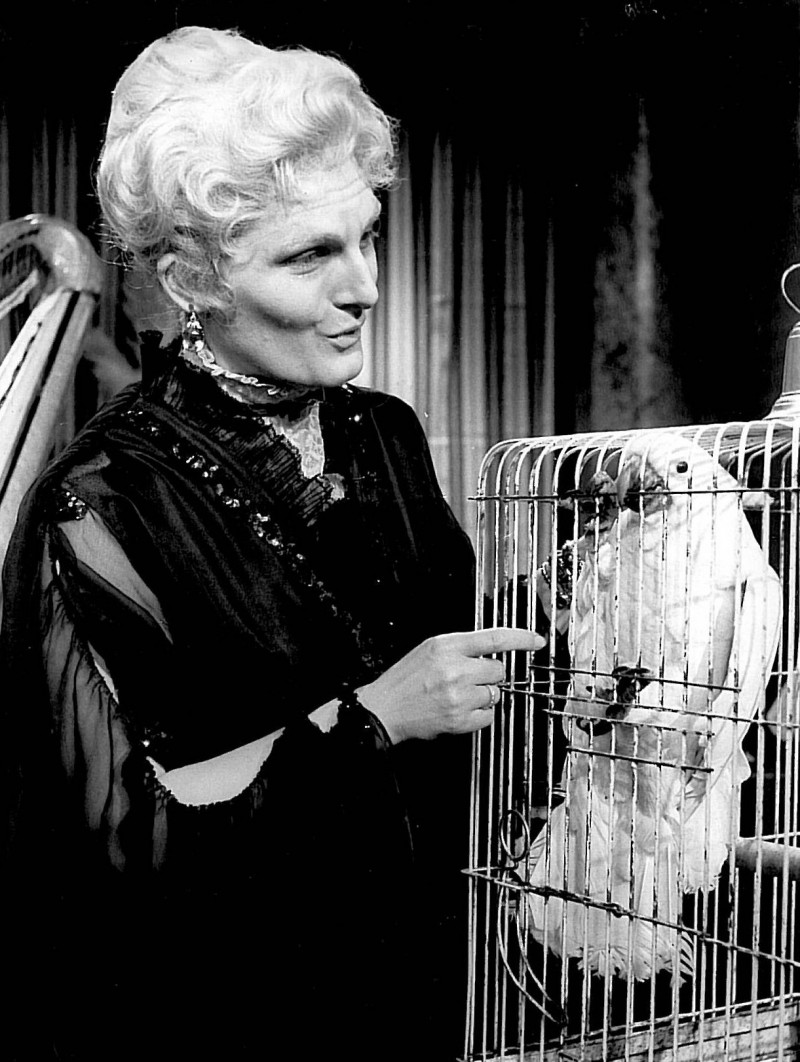 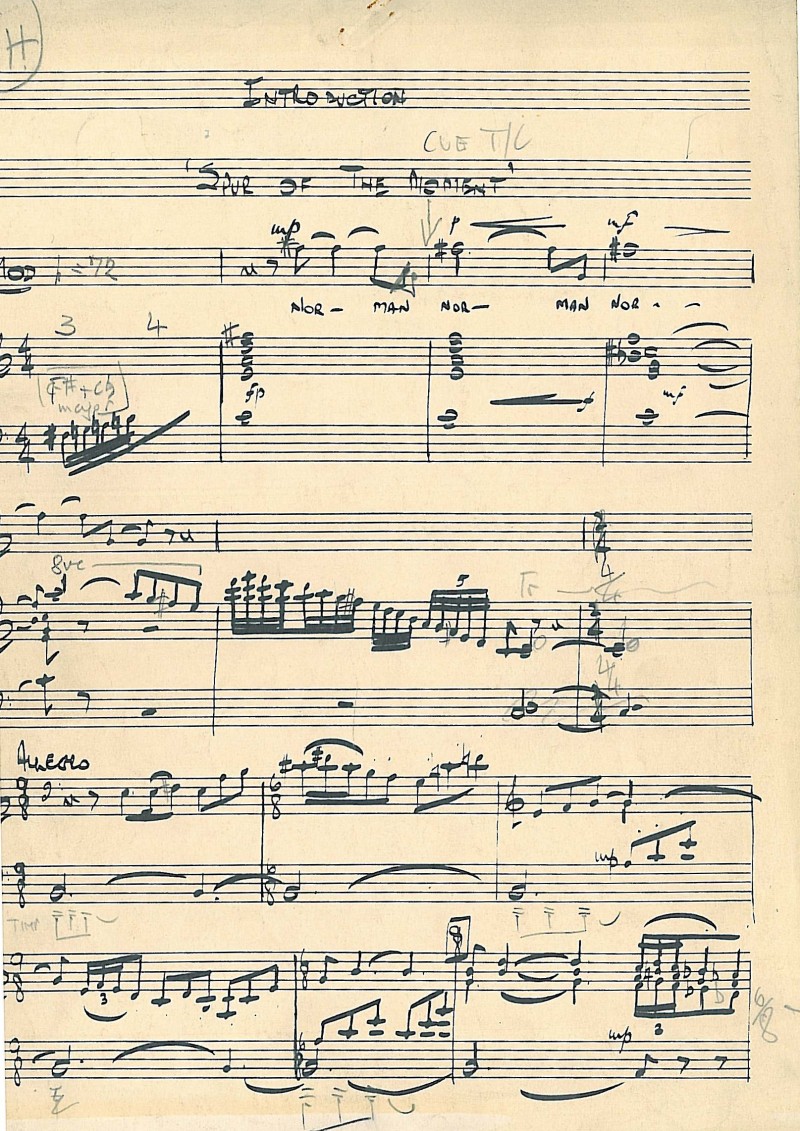 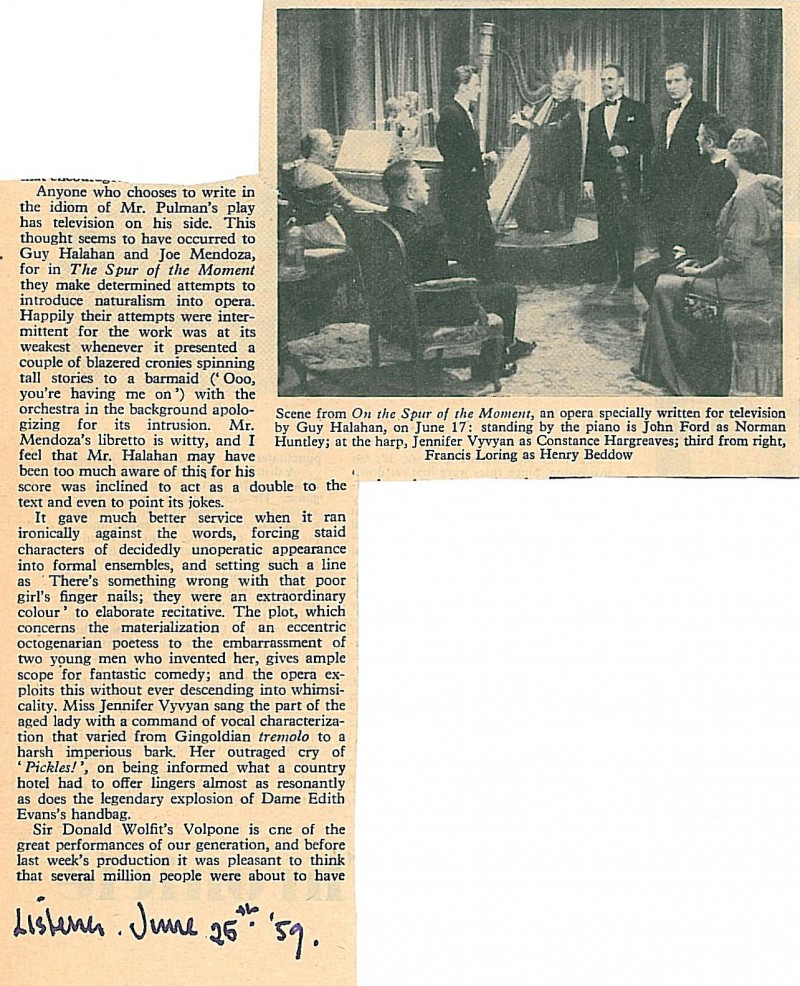 TV opera was a new phenomenon imported from America where NBC commissioned the first example of its kind, Menotti’s Christmas classic Amahl and the Night Visitors, for broadcast at the end of 1951. Composers subsequently quick to take advantage of the medium included Bohuslav Martinu, Lukas Foss and Norman Dello Joio. And the first to write a TV opera for the BBC was Arthur Benjamin, whose Manana was regarded as a flop when it appeared in 1956.

The BBC persisted, though, throughout the 1950s/60s with a sequence of commissions that all failed to land a place in repertoire, including:

Through the 1960s there were also odd commissions by Harlech TV and Scottish TV that met with similar fates. Only Benjamin Britten’s Owen Wingrave in 1971 took hold.

As for Halahan’s Spur, it became Britain’s entry in an international competition for TV opera held in Salzburg. But it failed to win, and has since vanished – since the BBC appears to have retained no copy in its archive. 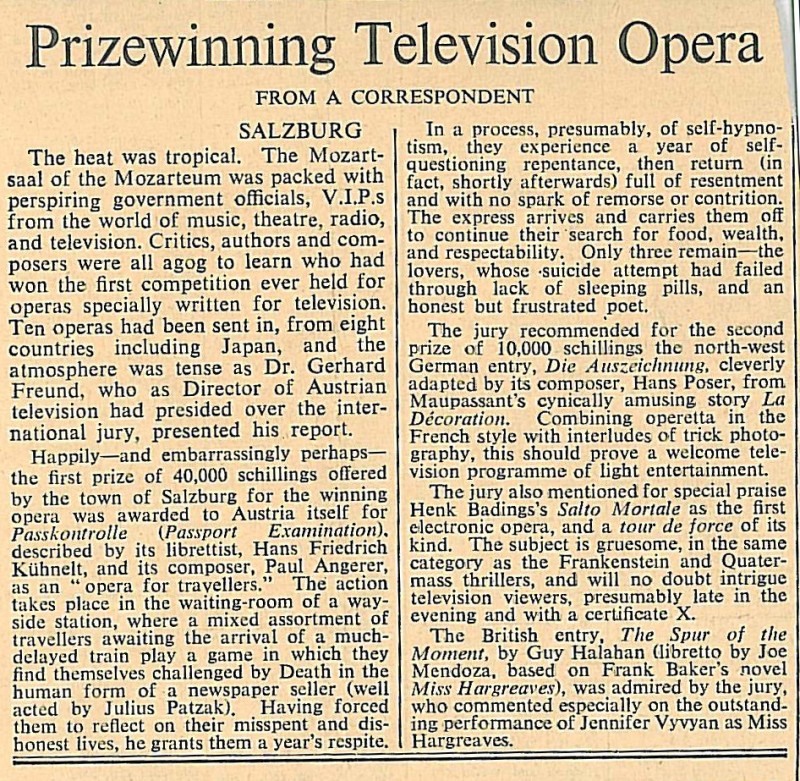