In October 1953 Vyvyan took part in a BBC broadcast of his Shadowy Waters: a ‘musical dramatic poem’ as the composer called it, comprising a prologue and single act. Based on a WBYeats poem, it had premiered two years earlier at the Greek National Opera, though the lack of action in its narrative about a pirate sailing the oceans in search of his ideal love was not exactly suited to the stage.

For the broadcast Vyvyan sang Queen Dectora, the ideal love he eventually finds, alongside Richard Lewis and Margaret Ritchie in the cast. Reviewing the performance in Opera magazine, John Warrack judged it ‘not conventionally operatic’ but ’eminently singable’. And the BBC considered the broadcast of sufficient significance to publish the text before transmission, available to the public for one shilling. 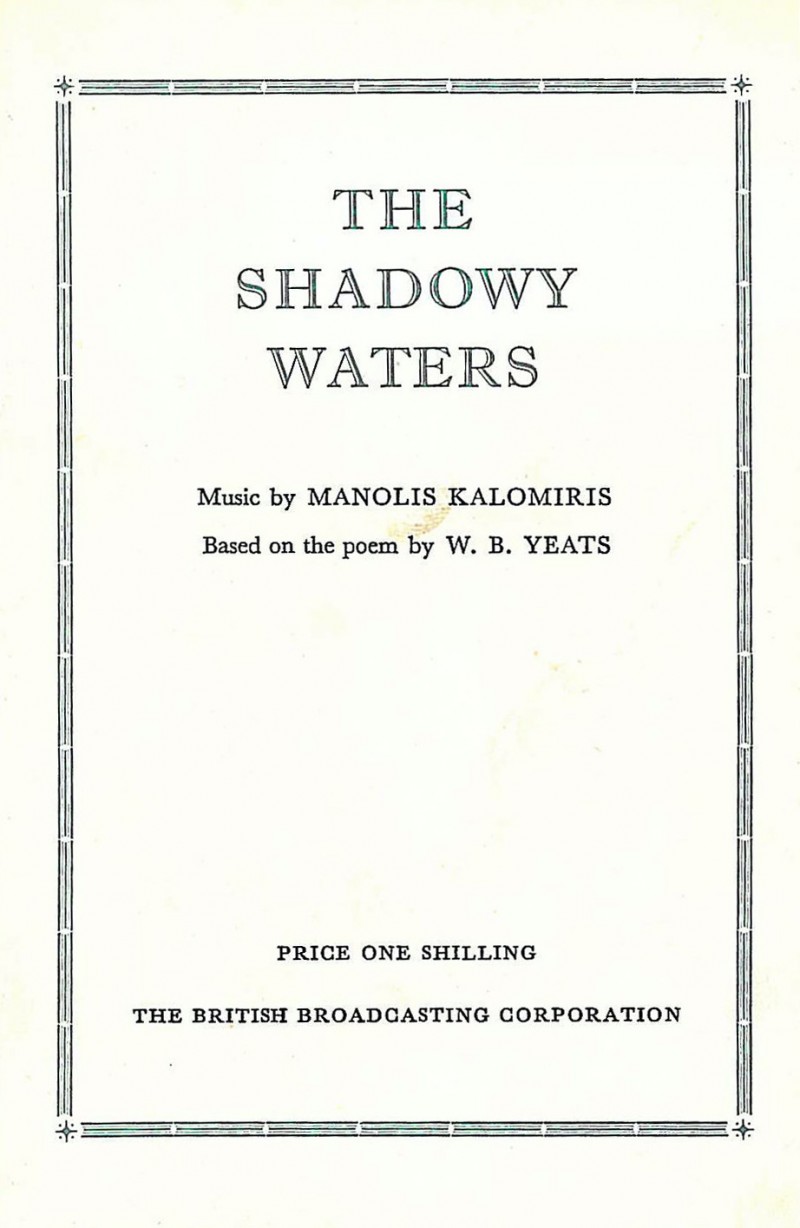 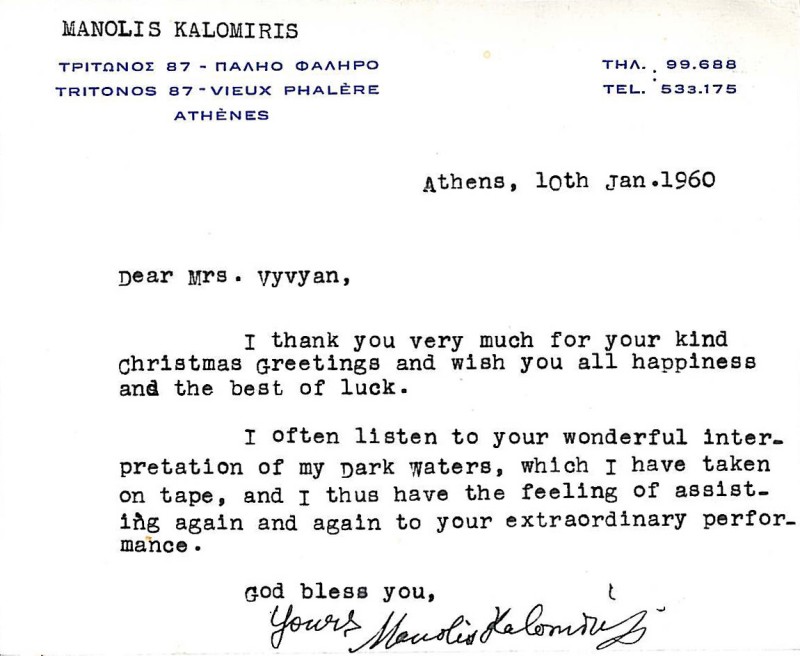 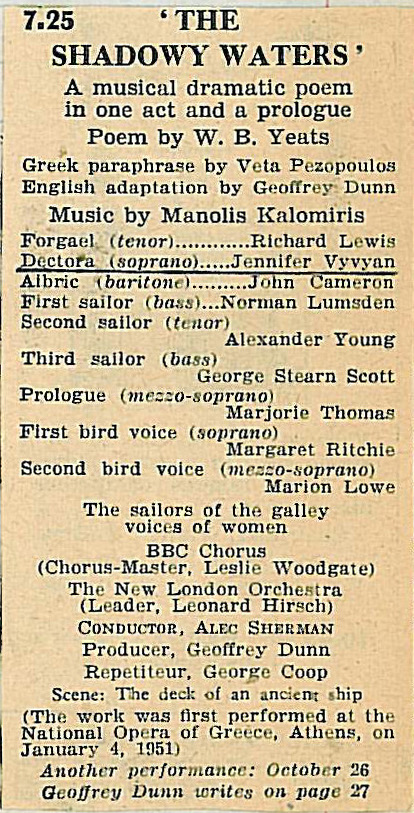