Brian Easdale (1909 – 1995) was a slightly older contemporary of Britten who (like Britten) studied at the Royal College of Music, under Gordon Jacob, and (like Britten) wrote music for the GPO film Unit in the 1930s. Other interesting comparisons are that he composed (like Britten) a piano concerto in 1938. And in 1962 he wrote a Mass setting for the consecration of Coventry Cathedral, overshadowed though it was by Britten’s War Requiem.

Otherwise, his career took a lighter turn, with thirteen film scores for the directorial dream team of Pressburger and Powell that ranged from Black Narcissus (1947) to The Battle of the River Plate (1956) and triumphed in their ballet film The Red Shoes. Easdale’s music for Red Shoes (which was conducted by no less than Thomas Beecham) won an Academy Award, and he was the first ever British composer to claim that distinction.

At the same time, though, he composed operas – starting earlier than Britten with Rapunzel (1927) at the age of 18, and The Corn King (1935). And when Britten’s newly-founded English Opera Group decided that as a matter of policy it would look to commission works from composers beyond Britten himself, an approach was made to Easdale: the result being his now-forgotten opera The Sleeping Children, which premiered in an EOG production at Cheltenham in 1951.

Set in boarding school with a darkly Freudian subtext, it featured Jennifer Vyvyan as the school Matron. Looking uncustomarily frumpish in her Matron’s cap.

With a plot that takes place in a boarding school, Vyvyan was cast as the school’s matron. Norman del Mar conducted. And there was a BBC radio broadcast on 13 July 1951. 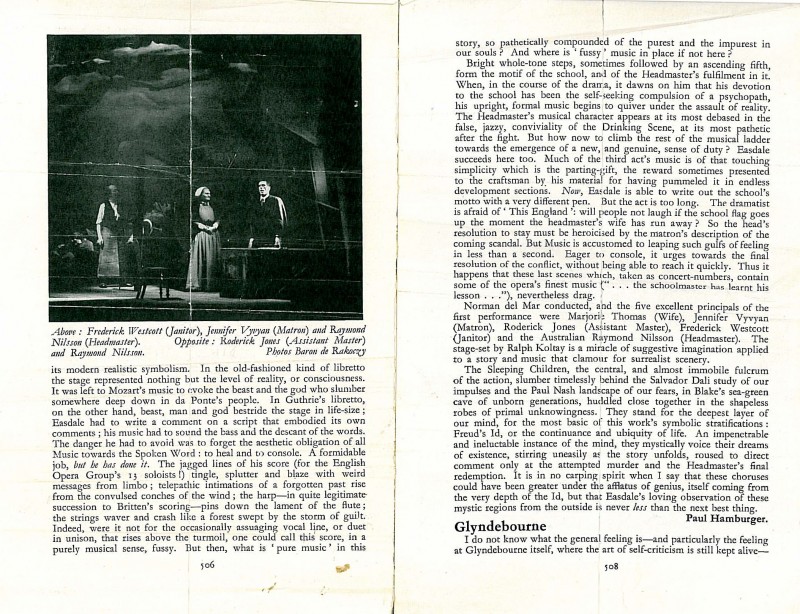 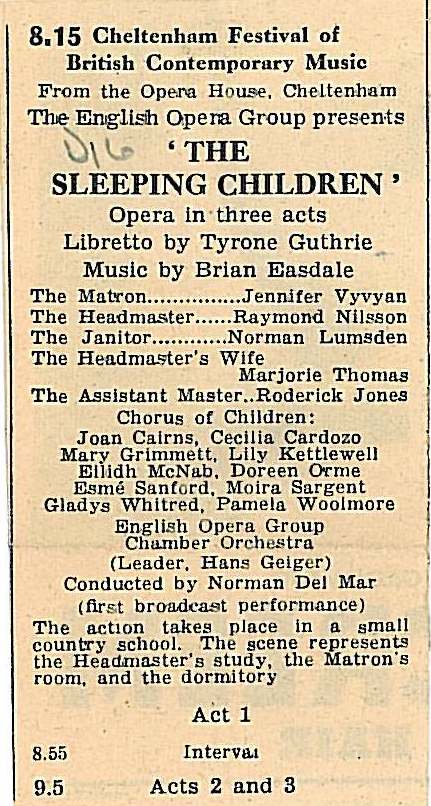