Born in 1937, Crosse combined composing with an academic career but came to prominence largely through Aldeburgh in the 1960s – starting with a music-theatre piece for adults and children, Meet My Folks, based on a Ted Hughes text and premiered in the Festival in 1964. Hughes was a regular collaborator, and their work together culminated in The Story of Vasco, another children’s/adult music-theatre piece premiered at the London Coliseum in 1974.

Working very much in the shadow of Britten, much of his earlier music was vocal, including Purgatory, a ghost-opera for the 1966 Cheltenham Festival that could be seen as a response to Britten’s Turn of the Screw, and The Grace of Todd, an operatic collaboration with the author David Rudkin, composed for Aldeburgh in 1969.

There were also several ballet scores for Kenneth Macmillan and, in 1984, an extension of Britten’s short work for piano and orchestra Young Apollo into a ballet for David Bintley. But then, in the 1990s, Crosse fell out of love with composition and effectively stopped doing it – shifting his focus to computer programming where it remained until well into the 21st Century when new works started to emerge again.

Jennifer Vyvyan came into his life with a landmark recording of large-scale score for orchestra and voices, Changes. It had been a 1966 commission for the Worcester Three Choirs Festival and premiered there with Noelle Barker and John Noble as the soloists. Crosse called it at the time ‘a reaction against the insufferable moral earnestness of English Oratorio’; but it was equally a homage to Britten’s Spring Symphony, with a decidedly Brittenesque sequence of orchestrally set texts and a chorus that included children’s voices.

Crosse’s choice of words was careful – he said he spent as long selecting them as he did writing the music – and they describe a journey through death to life beyond, though not the life beyond of a conventional Christian believer.

Vyvyan may not have sung the premiere, but she subsequently sang it in Leeds, and was engaged for the recording in 1970. Crosse recalls being ‘in awe’ of her. ‘I was a young composer, she was an established star, and I was bowled over by her sheer competence and intensity. A lot of Changes is singable, but I was perhaps foolish enough to include some extremely difficult passages which are the reason it isn’t performed much. One of them is a Blake setting, the Dance of Death, which sits very high in the voice and stays there. It’s cruel. But for her, no problem. Her only failing was the diction: otherwise, everything was there and in place, and I’ve always been grateful to her for that’. 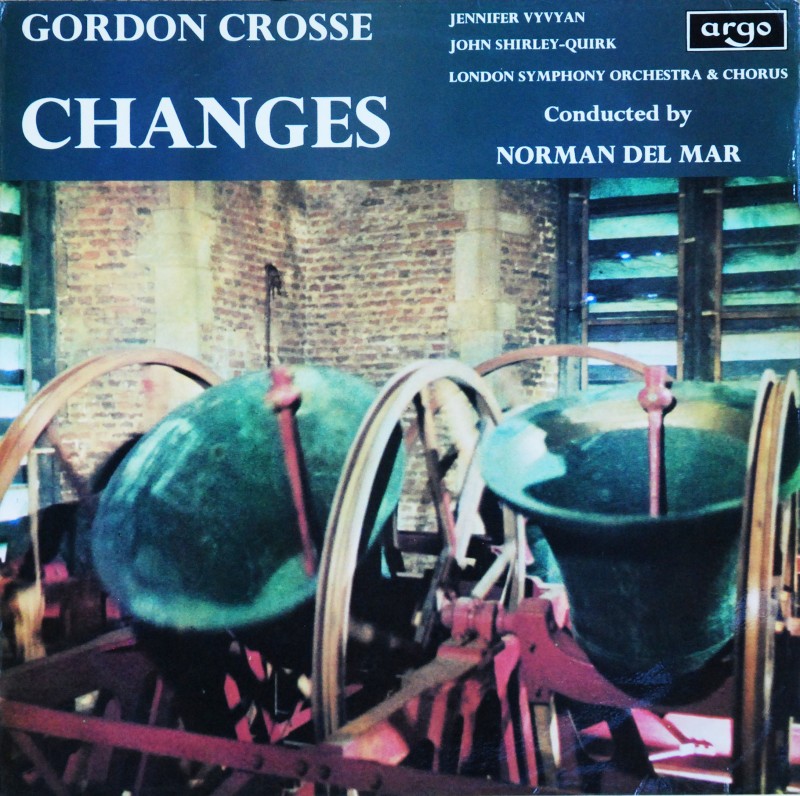