Jennifer Vyvyan wasn’t tall – just 5ft 4inches – but she had presence. In stark contrast to the grim practicalities of this offstage nursing role, her onstage personality was upbeat, glamorous and celebrated beyond the strict confines of musical reportage. She made the general news and fashion pages of the press; and not for nothing do her diaries carefully note which dress she wears for each engagement: ‘old black lace’, embroidered’, ‘blue brocade’ etc.

With that sort of profile went admirers. And she had many, including one who compiled and eventually presented her with a voluminous cuttings book that touchingly indicates the depth of response she drew from audiences.

But the admiration sometimes became over-zealous; and from several diary entries it appears that she either had, or feared she had, stalkers. ‘Door bell rings 2.15am. Car drives away’, she writes in 1954, calling the police because she’s ‘Terrified’. And in 1955: ‘Strange call from ‘admirer’. Didn’t like voice’.

More agreeable were the notes and letters sent to her by admiring colleagues in the music world – including Britten who may have cooled toward her at some point in the 1960s but at other times showered her with affectionate, appreciative messages. 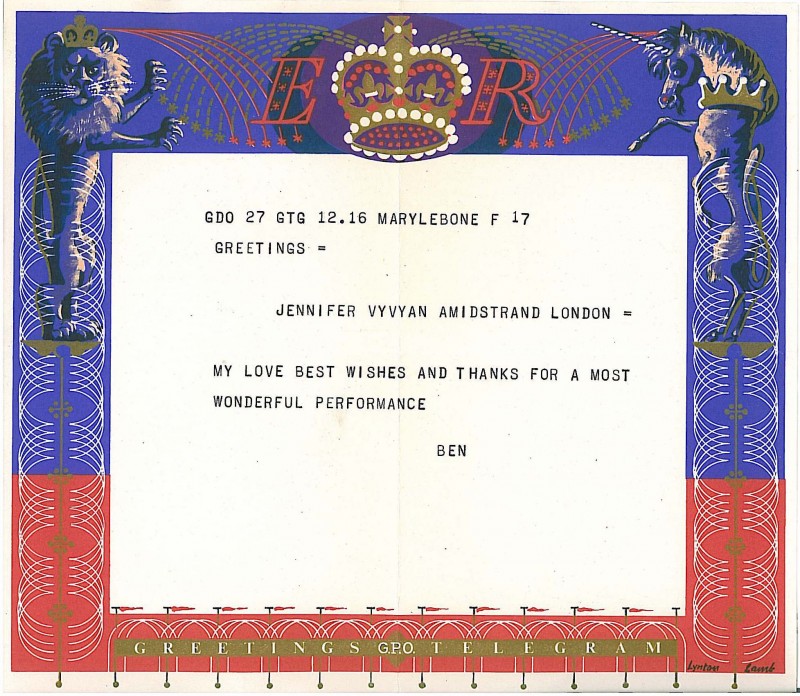 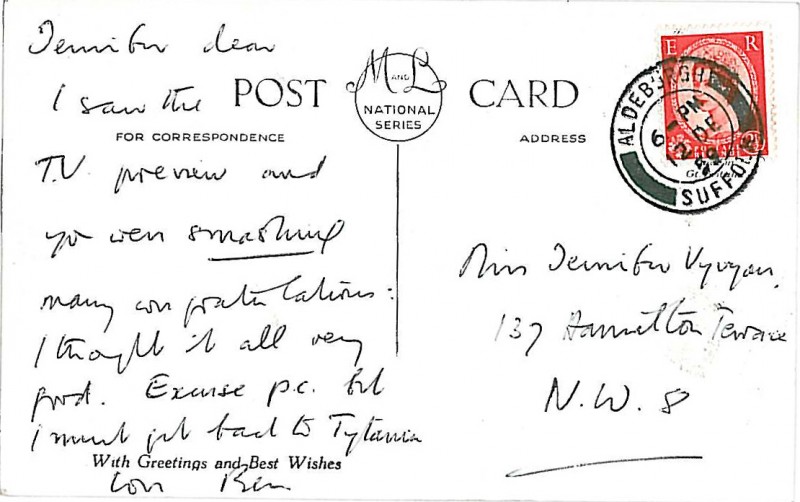 Other fans within the business were the pianist Gerald Moore, the singer Astra Desmond, composer Margaret Hubicki, and (through his assistant) Thomas Beecham. 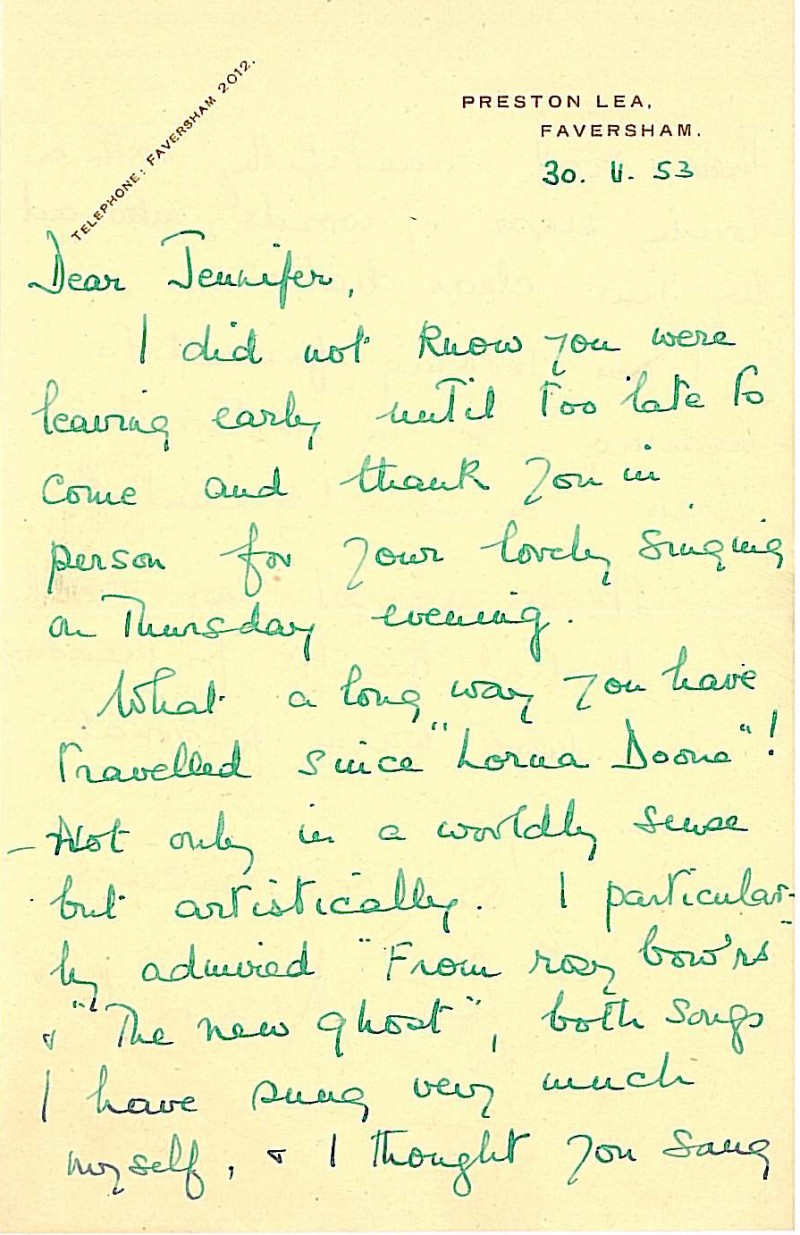 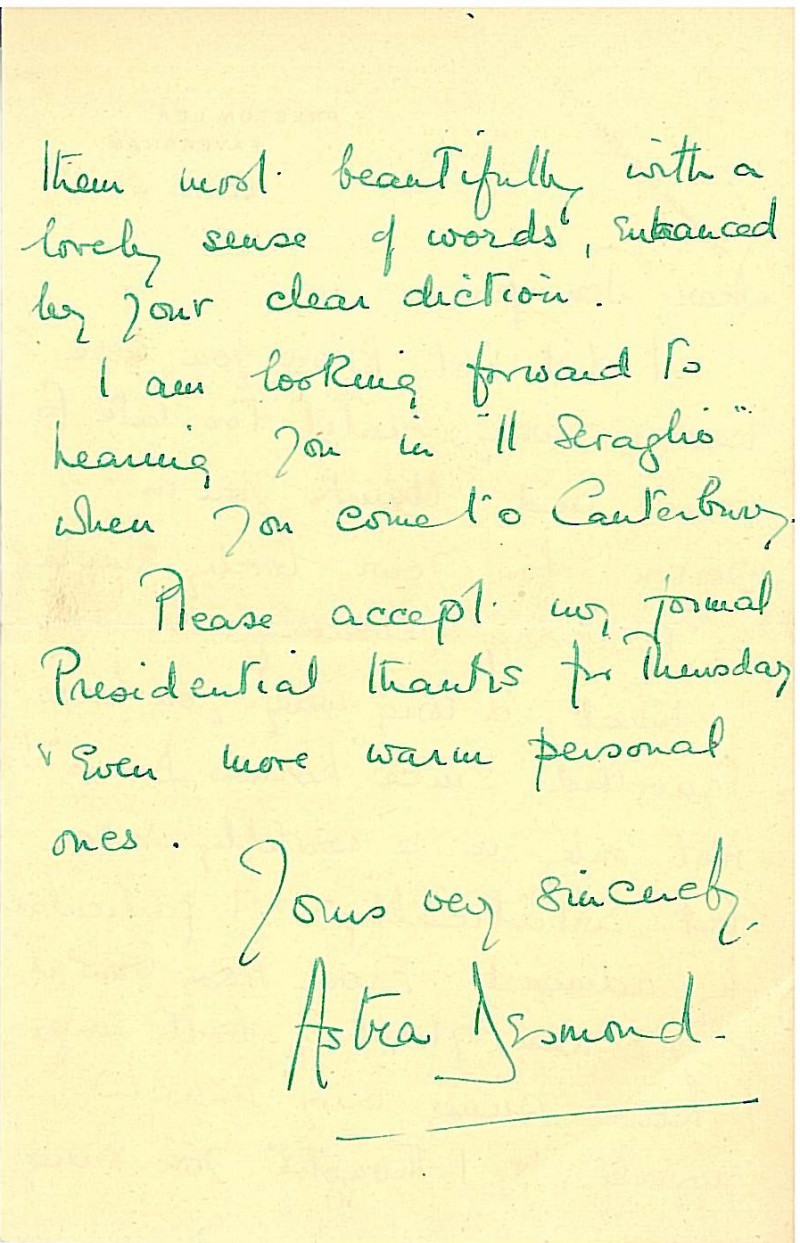 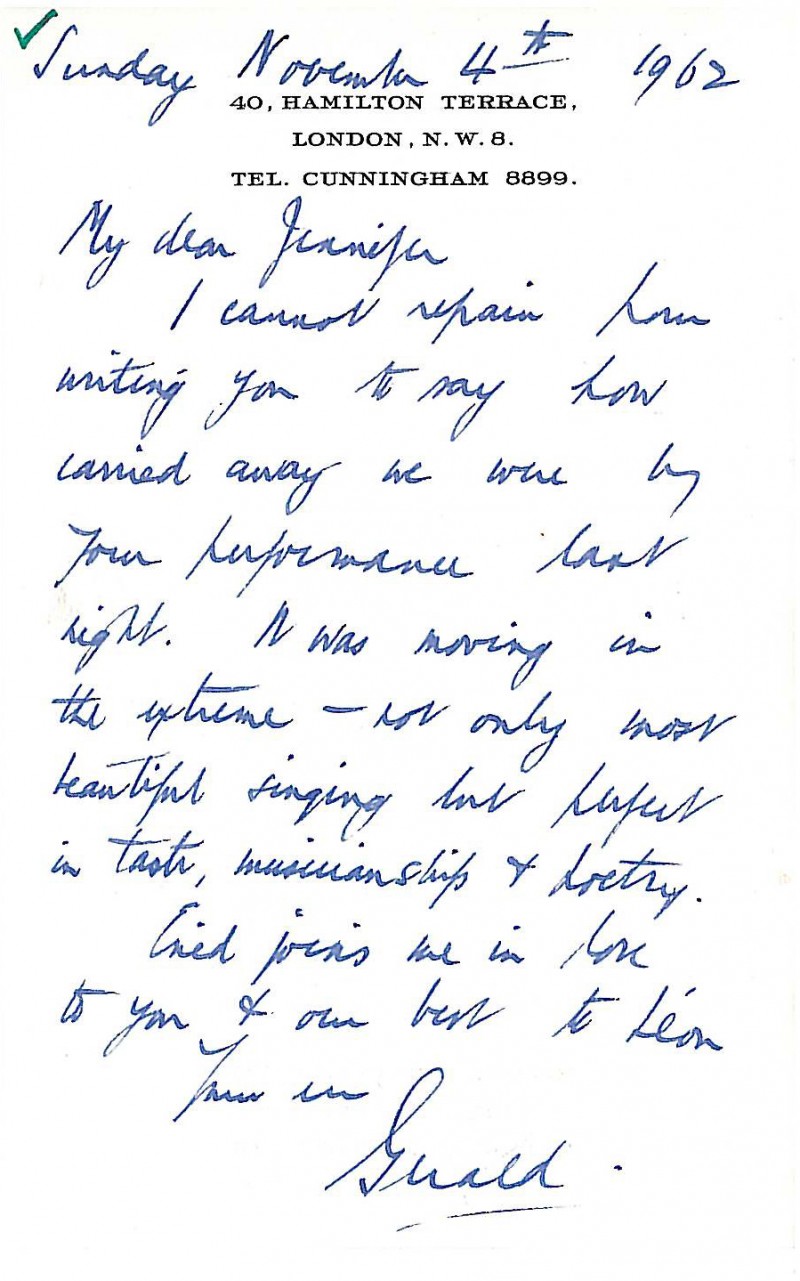 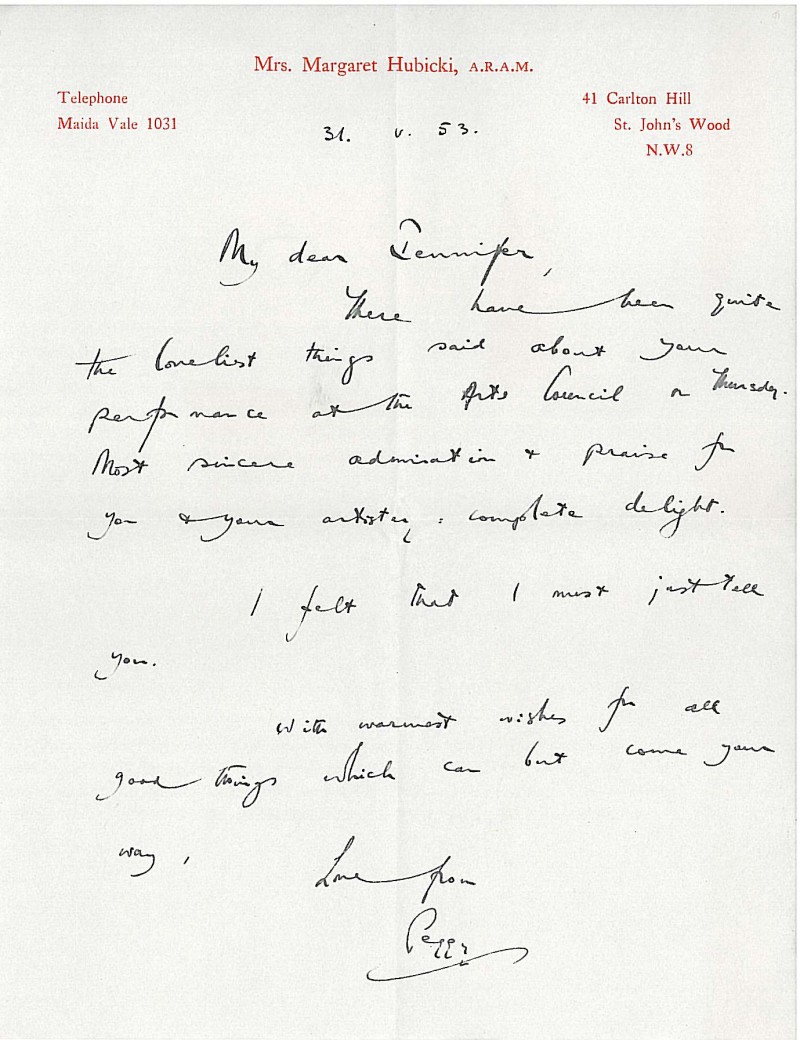 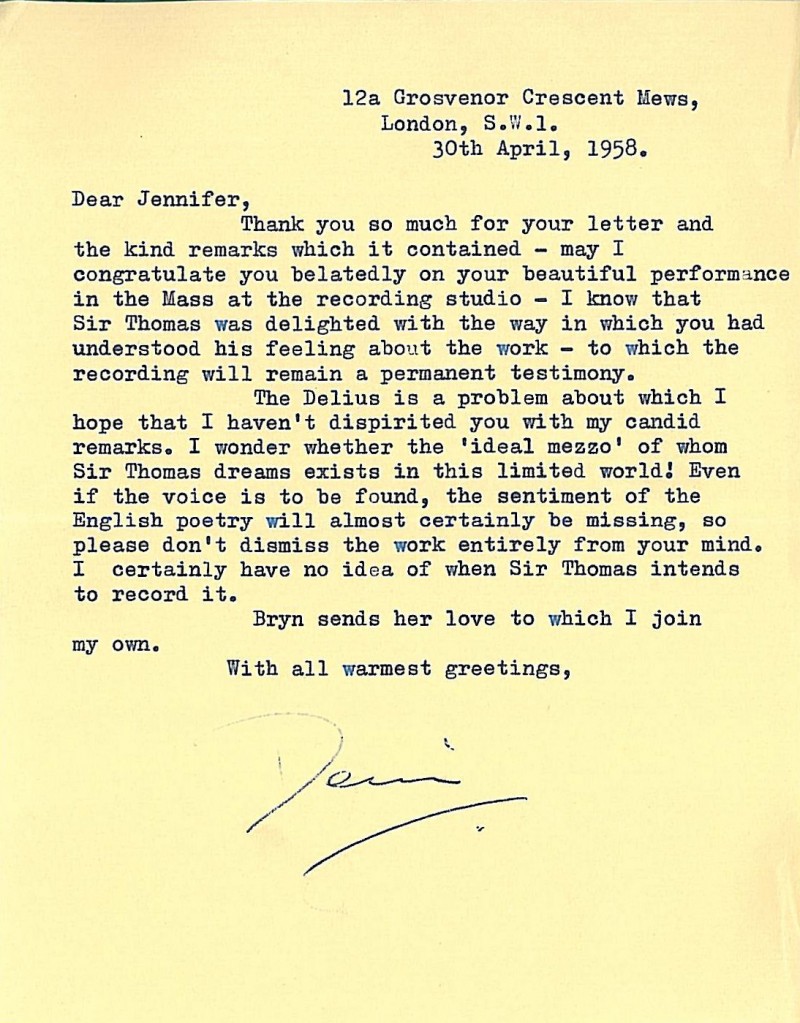 Correspondents from the worlds of broadcasting and newspapers included Peter Morely, director of the televised Turn of the Screw, Frank Barker, librettist of the TV opera Spur of the Moment, and other prominent figures. 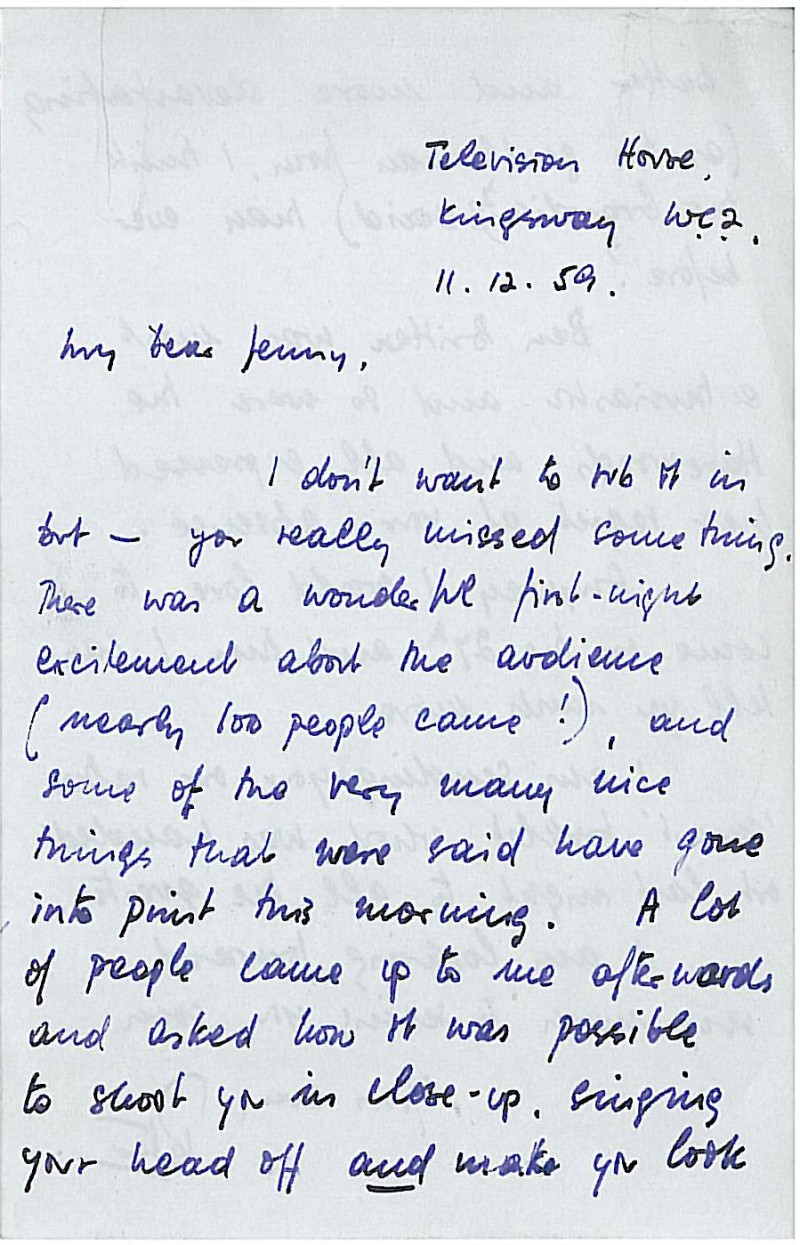 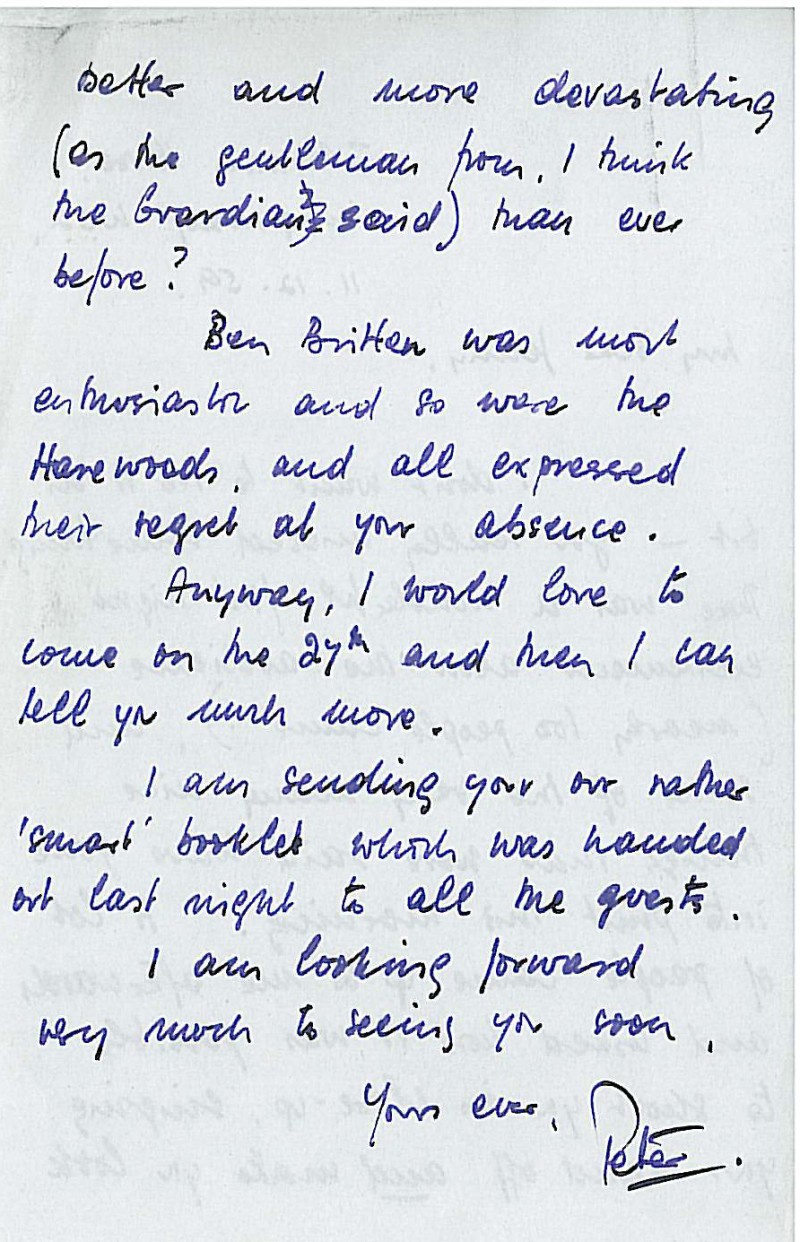 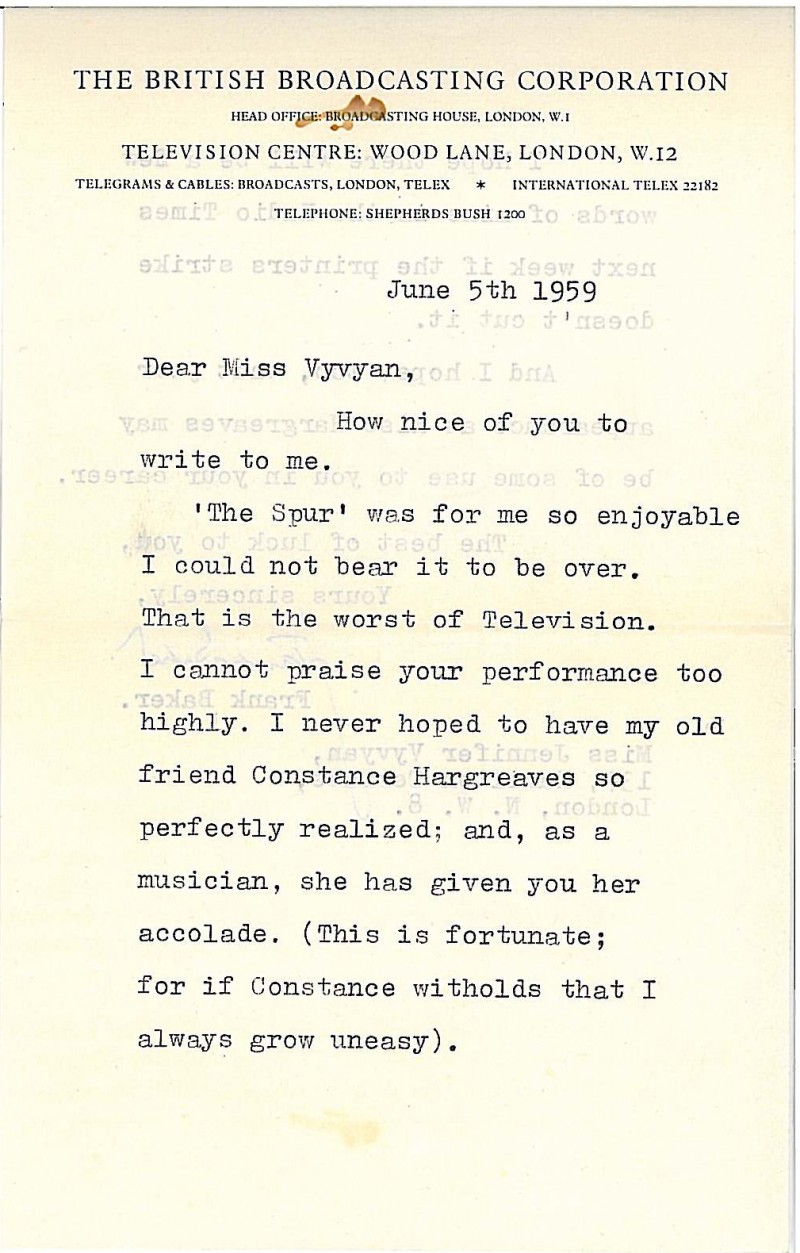 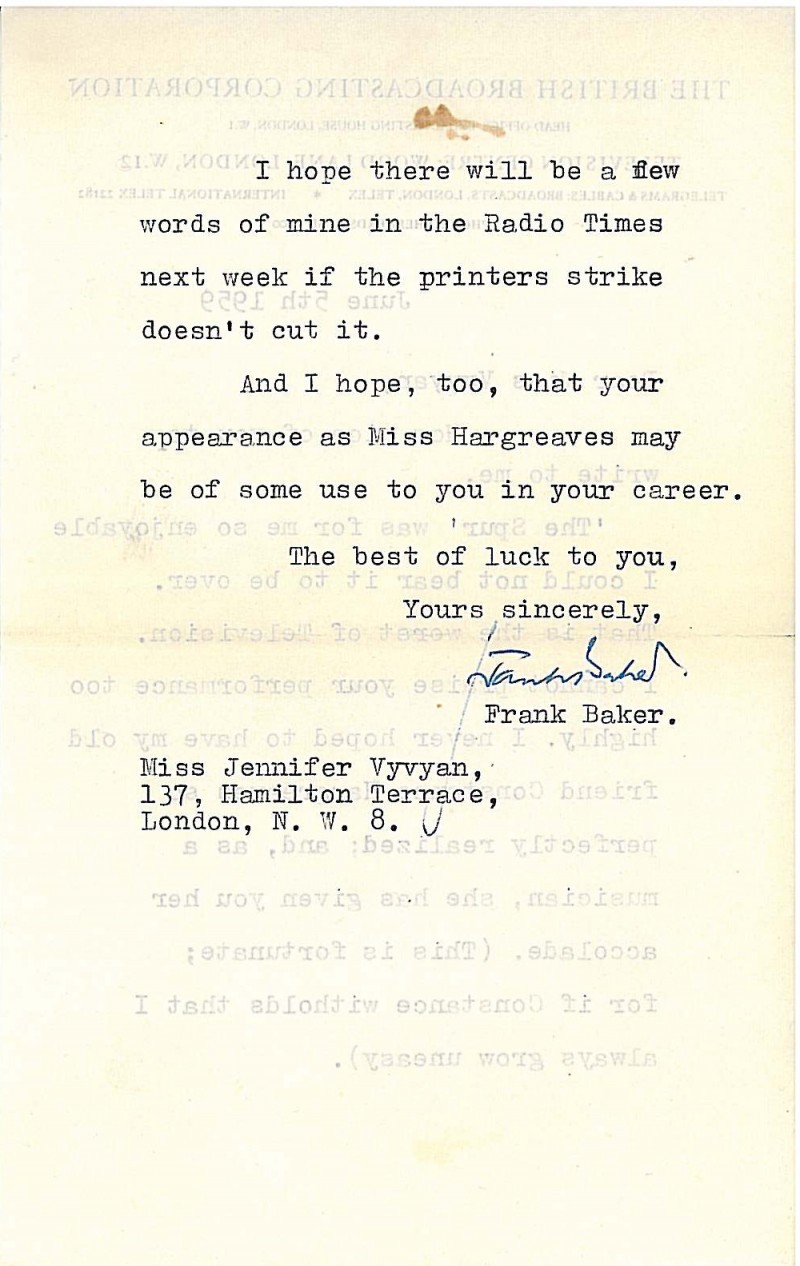 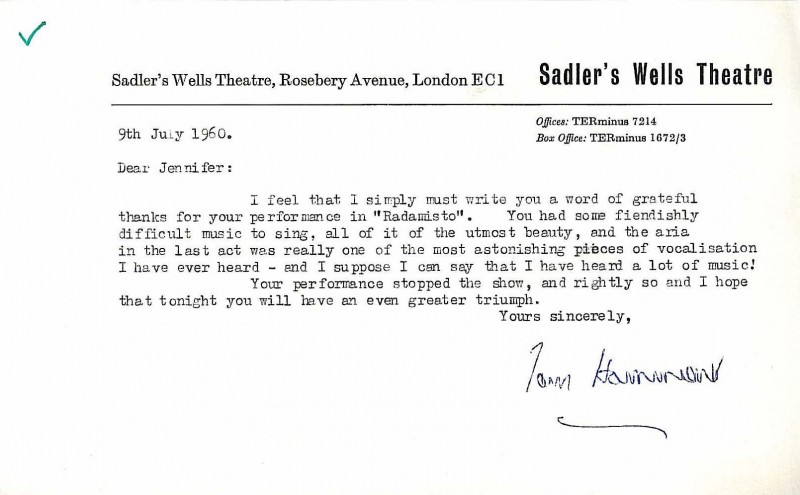 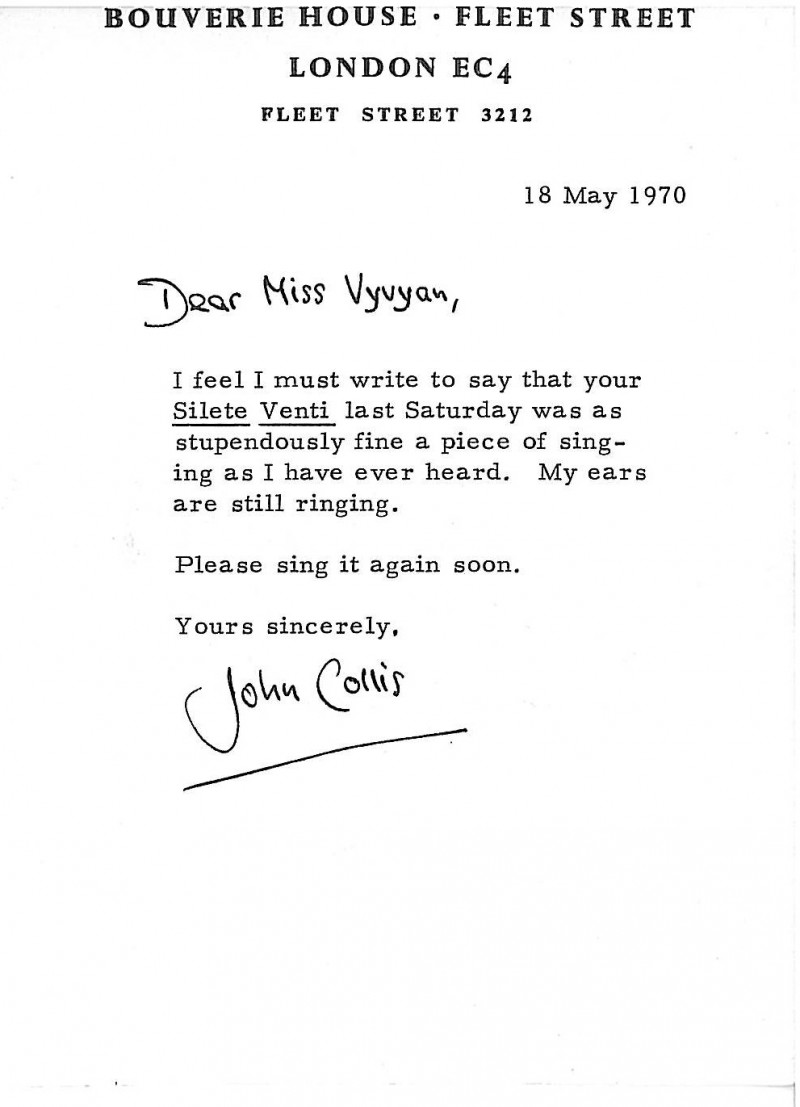 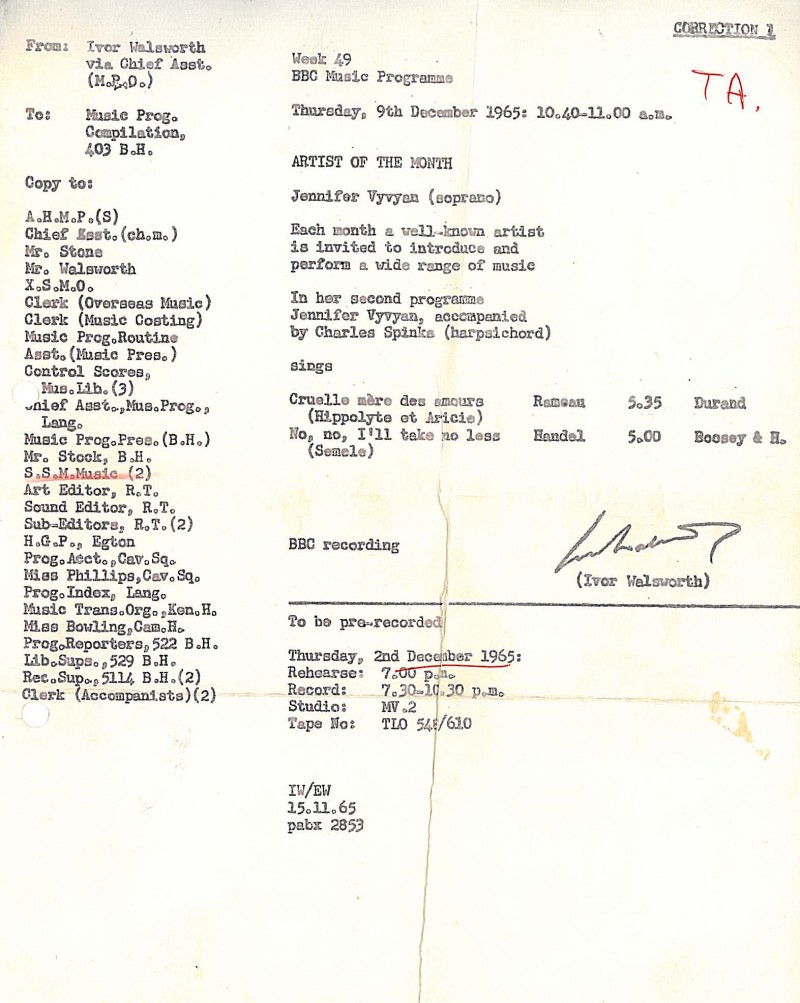 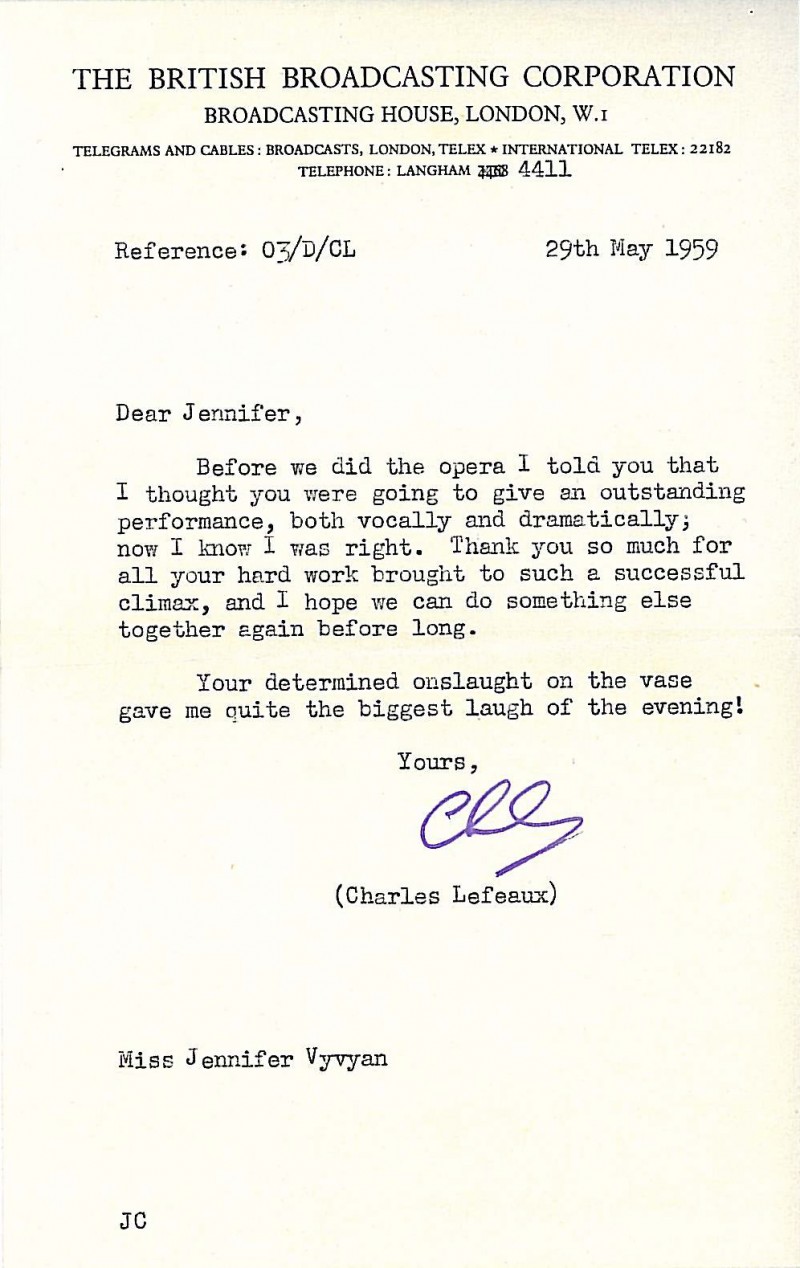