Adopting a professional name that referenced his descent from the French playwright, Peter Racine Fricker (1920-90) barely surfaces in concert programmes now but was a significant figure in postwar British music, with enough public recognition to feature as himself in Kingsley Amis’s 1954 novel Lucky Jim.

Fricker taught at the RCM and succeeded Michael Tippett as director of music at Morley College in 1952. In the 1960s/70s he relocated to the USA to teach in California.

With an output that includes five symphonies, three string quartets and several concertos, his music has a European-leaning toughness, rooted in Schoenbergian method but without abandoning tonality. A typical example is his oratorio The Vision of Judgement, which Vyvyan sang several times – although not in the 1958 premiere.

Composed for the Leeds Triennial Festival’s centenary, The Vision sets texts from the Latin Requiem alongside an Anglo-Saxon poem depicting the Last Judgement – a combination that anticipates Britten’s War Requiem, although the massive orchestration with two offstage brass bands also looks back to Walton’s Belshazzar’s Feast: not least in what was, at the time, identified as the sophisticated barbarity of the writing.

No recording of either the premiere or of Vyvyan’s performances is known to survive. But a later radio recording from 1980, featuring soprano Jane Manning with tenor Robert Tear, was subsequently issued as a CD by Lyrita. 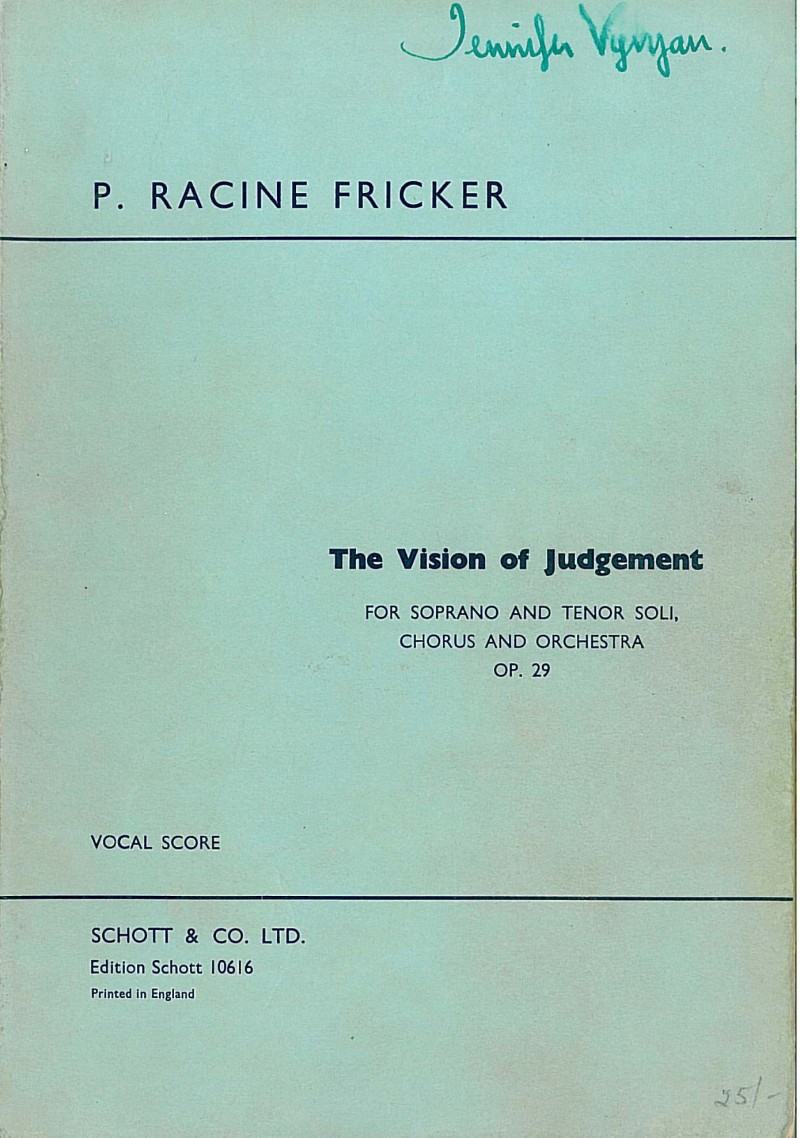