Quite apart from her relationship with Britten, Vyvyan was deeply engaged with the music of her own time – most of it English although there were forays into Poulenc, Milhaud, and forgotten figures like the Greek composer Manolis Kalomiris whose opera The Shadowy Waters she broadcast in 1953.

Her involvement with new French repertoire started early, with a run of Milhaud’s Le Pauvre Matelot at the Fortune Theatre London in 1950, and a broadcast of his Trois Operas Minutes in 1953. 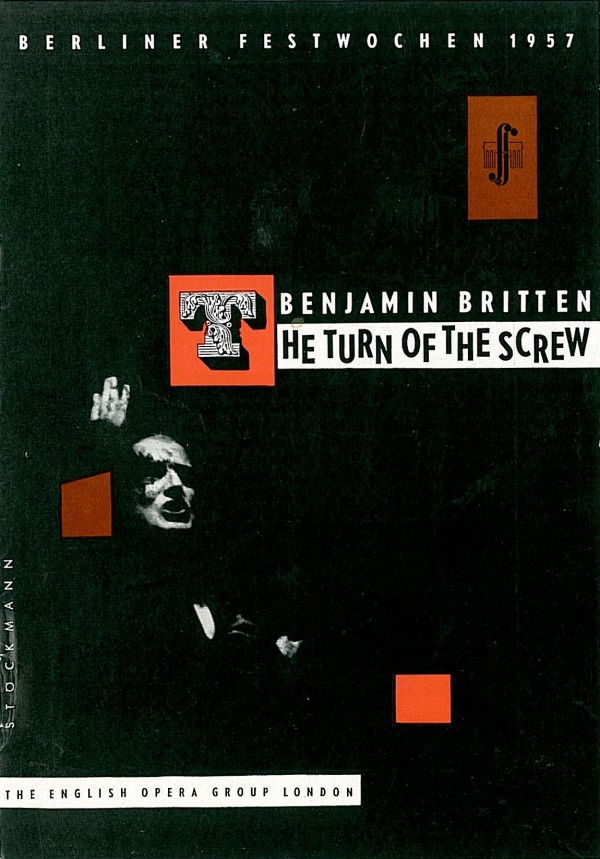 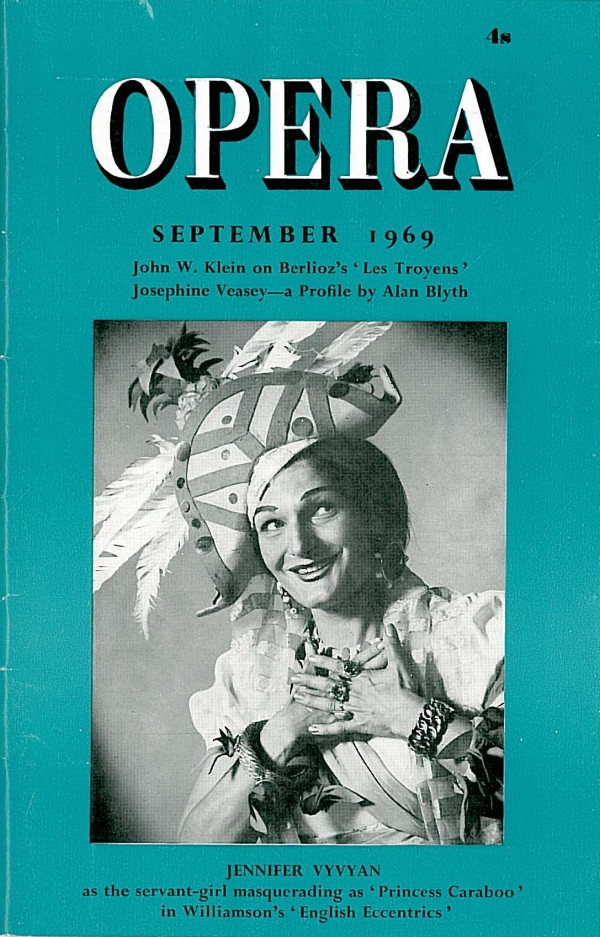 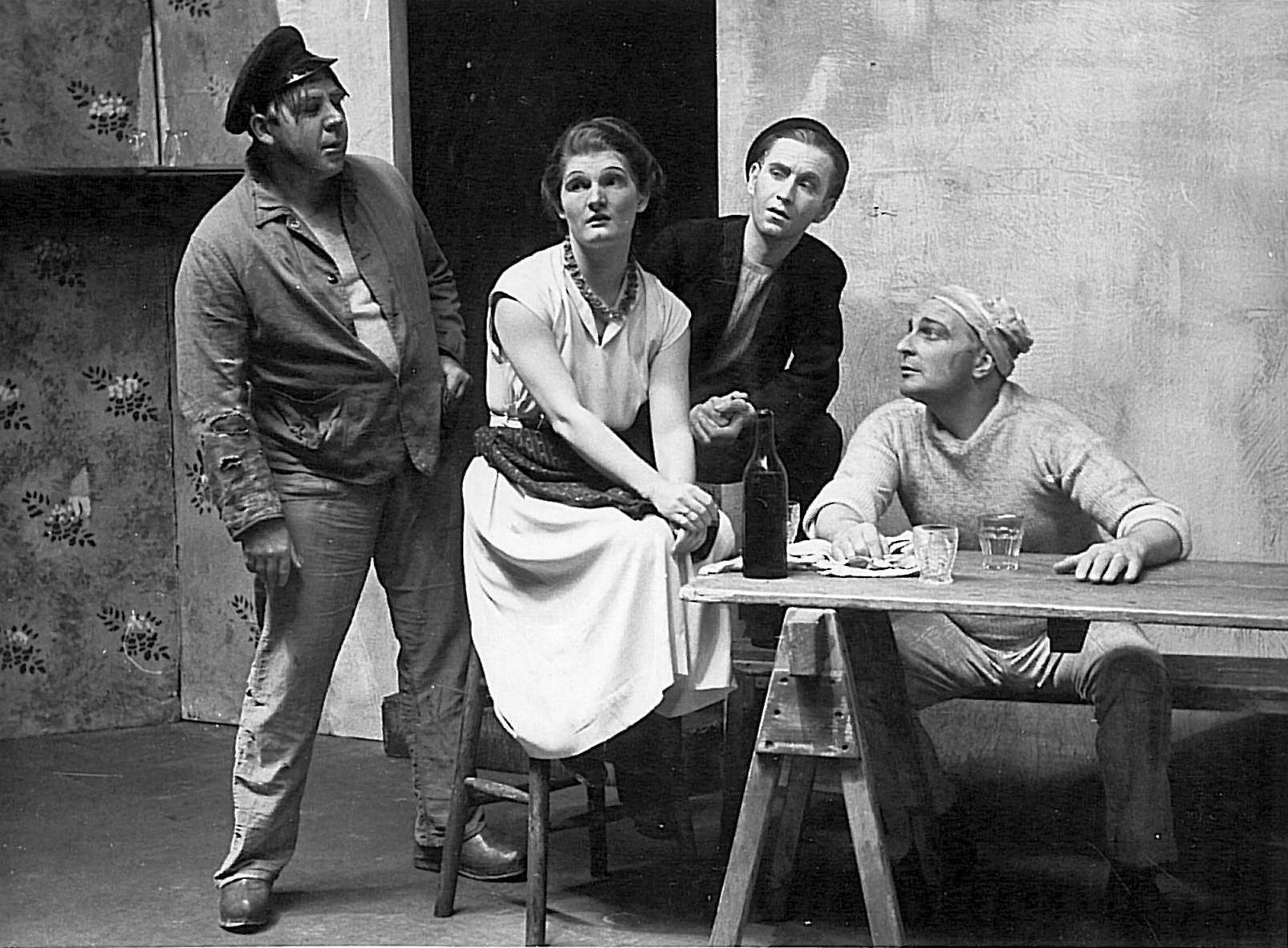 Poulenc came into her life with performances of the recently written Stabat Mater. In 1958 at Aldeburgh she gave the UK premiere of his opera Les Mamelles de Tiresias. And Poulenc songs were a regular feature of her recital programmes.

Much of her new English repertory came out of the oratorio circuit, starting with conservative figures of an older generation like Sir Walford Davies (1869-1941) who was also, in his time, a popular broadcaster as well as a composer. Largely remembered for his ceremonial music – including marches for the Royal Air Force and the Solemn Melody played at the Cenotaph on Remembrance Sunday – his choral output included a 1912 cantata, the Song of St Francis, which no one performs nowadays but was in Vyvyan’s repertoire (she sang it, for example, in December 1959 at the Festival Hall).

Another choral work from that era which she sang persistently was The Canterbury Pilgrims by Sir George Dyson (1883-1964), an old-school composer who, like Walford Davies, had connections with the RAF but went on to become Director of the Royal College of Music during Word War II. The Canterbury Pilgrims (1931) is a rollicking Chaucerian oratorio, technically well-made if otherwise unspecial, with a solo scena for soprano based around the Wife of Bath that Vyvyan made her own. Not least at the Proms. 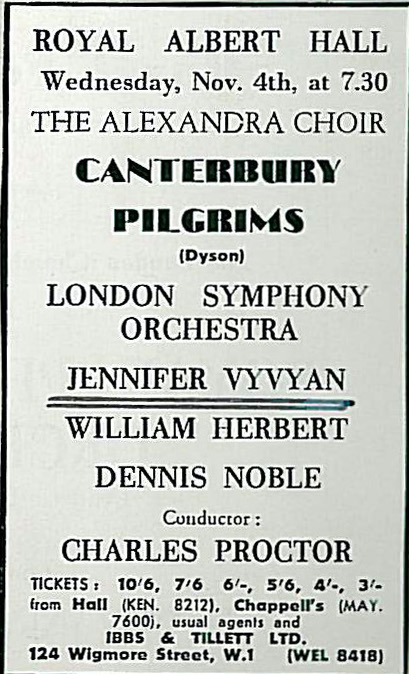 Also in her repertoire were a Shelley setting for soprano and orchestra Ode to the West Wind by film composer Richard Arnell (1917-2009), and The Water and the Fire, a large-scale oratorio setting words by St Teresa of Avila and others by the devoutly Catholic Anthony Milner (1925-2002), first heard at the Three Choirs Festival in 1964. There were early performances of Peter Racine Fricker’s now forgotten but at the time significant The Vision of Judgment. And of more lasting importance, there were accounts of Herbert Howells’ 1938 reflection on the death of his son Michael, Hymnus Paradisi. 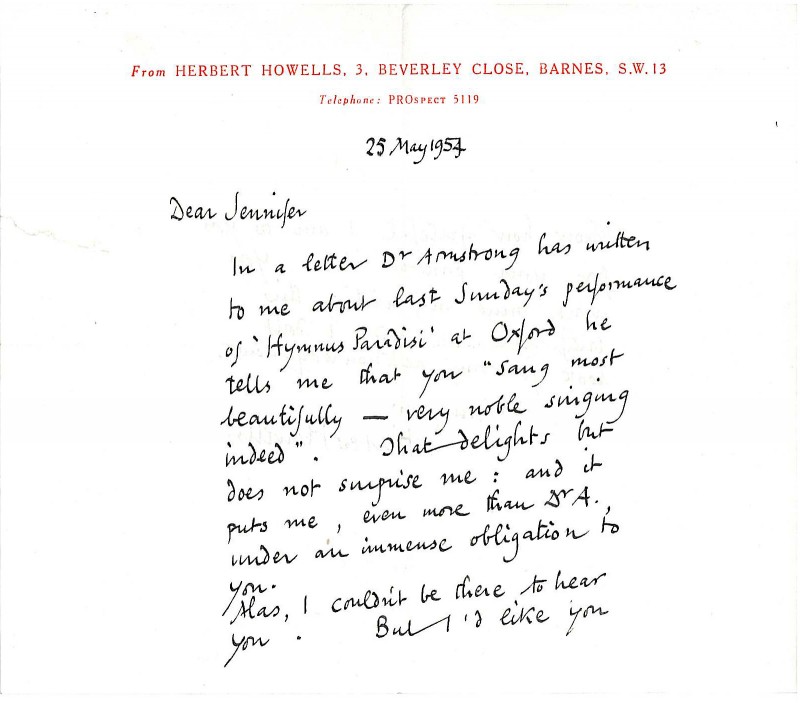 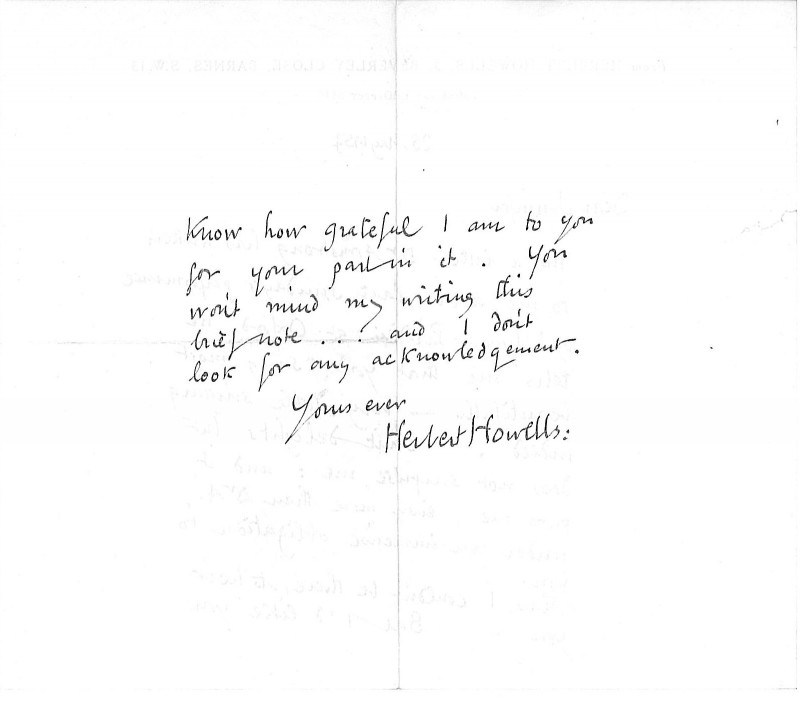 She had a close professional relationship with Arthur Bliss, singing in the premiere of The Beatitudes which he composed for the concert that opened the festival for the consecration of Coventry Cathedral. And a relationship also developed with Lennox Berkeley (1903-1989) whose Stabat Mater had some of its earliest performances with Vyvyan as a soloist. 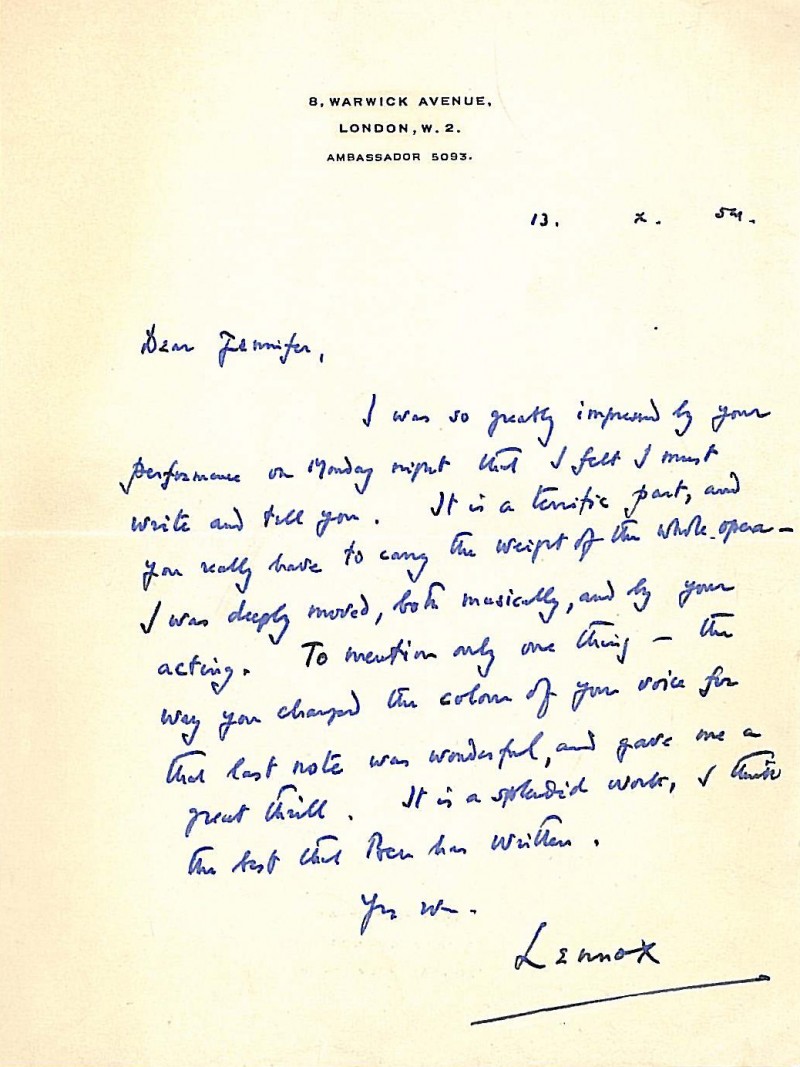 Other composers Vyvyan championed included Malcolm Williamson, premiering roles in several of his operas; the young John Tavener (1944-2013), whose Three Sections from the Four Quartets she commissioned and sang at an SPNM concert in 1966; and Margaret (Peggy) Hubicki (1915-2006), an interesting minor figure who taught Tavener at the Royal Academy and is principally remembered as the inventor of the ‘colour staff’ system for teaching music to people with disabilities. 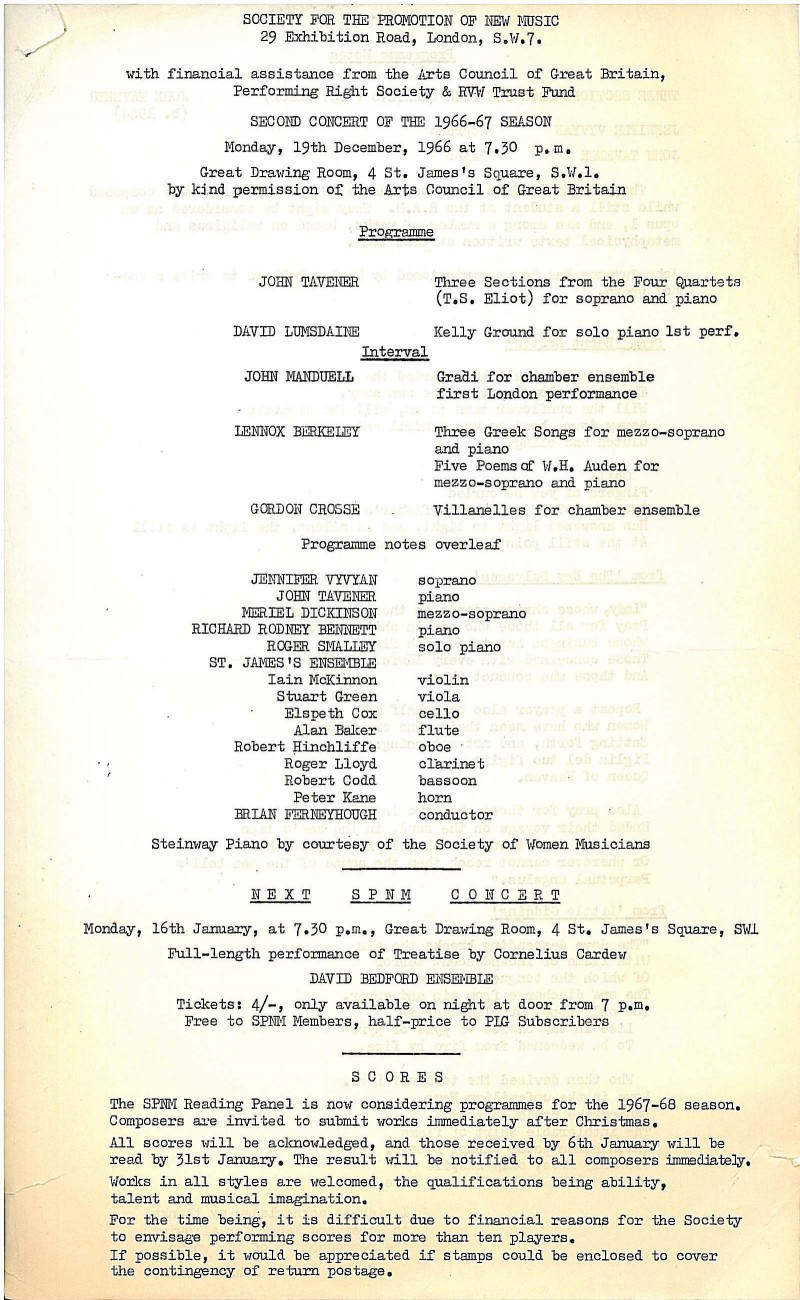 A comparably interesting minor figure was Anthony Hopkins (1921-2014), who found fame as a writer/broadcaster – his celebrated Talking About Music series on BBC radio ran for nearly forty years through the 1950s to 1990s – but also composed vocal works and film music. One of his short pieces, A Melancholy Song, was an almost constant feature of Vyvyan’s recital programmes.

Some of her championing came to nothing. 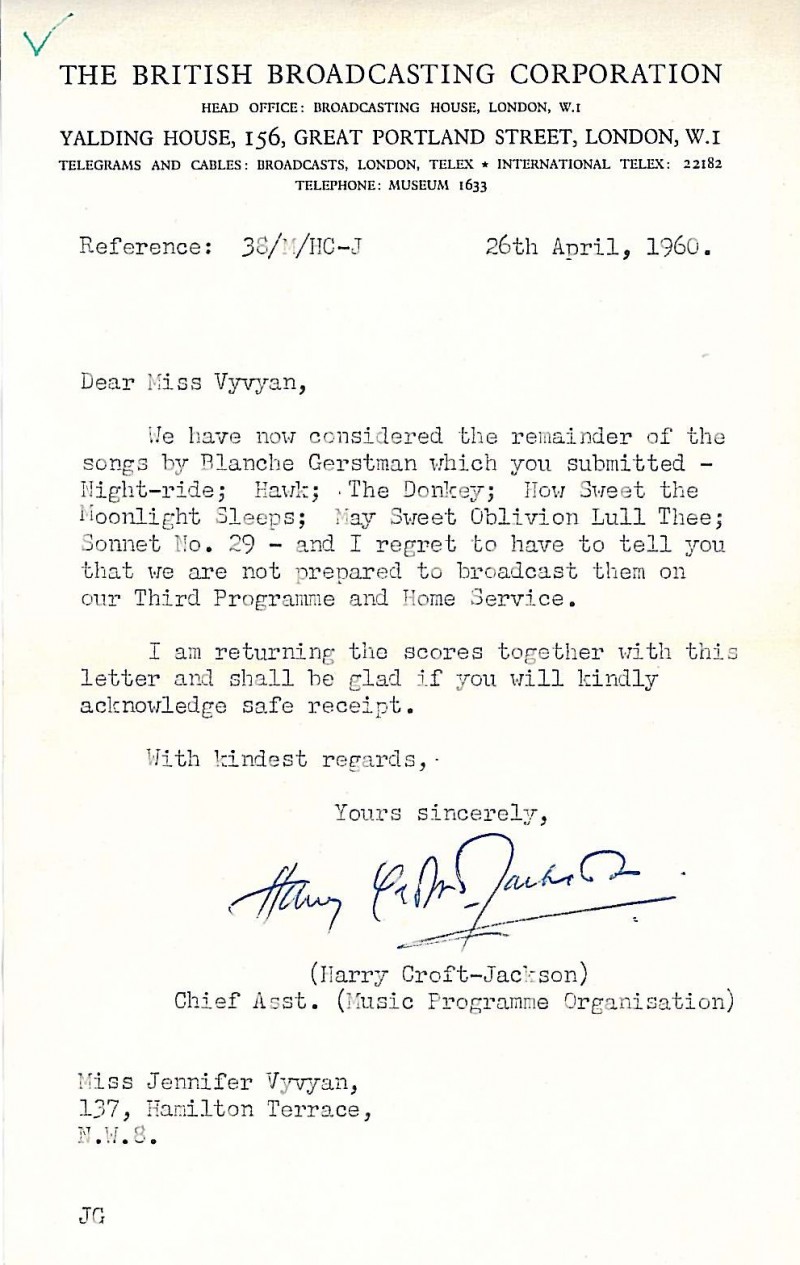 But she worked hard to use her own prominence on behalf of her creative contemporaries. And for all the seriousness of her participation in the world of new music, she could laugh at its occasional pretensions.

One of her more notable 1963 appearances was in a Hoffnung concert at the Albert Hall where she sang in a now-legendary spoof: a duet from the opera The Barber of Darmstadt supposedly composed by leading light of the avant-garde Bruno-Heinz Jaja – who was in truth the composer Humphrey Searle.

For more about the Hoffnung concerts see Modern – Searle 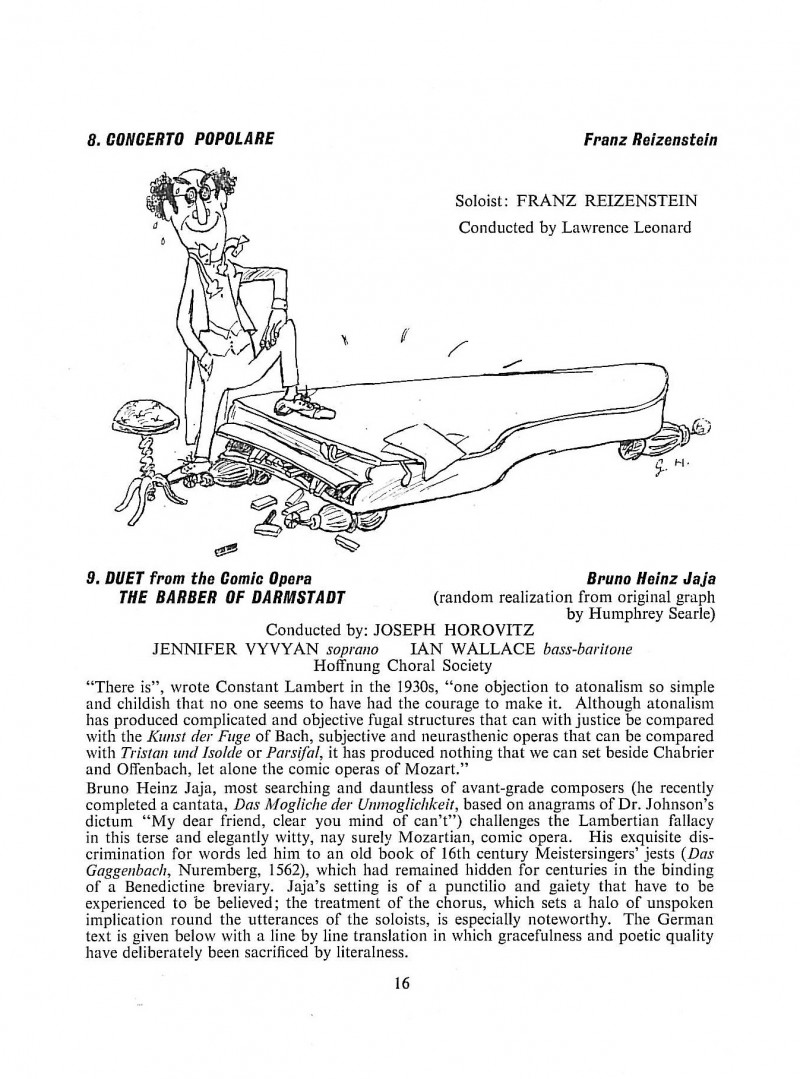 Of the enduringly big names in British music, she seems not have had a close involvement with Vaughan Williams, William Walton or Michael Tippett, despite appearances in VW’s choral works and in Tippett’s 1940s oratorio A Child of Our Time.

For more, click on the various composers listed below: